Seventeen people have been injured and one person has died after a taxi rolled several times on the N2 Umgababa near the Ultra City at around 06h30 this morning.

Rescue Care Paramedics and other emergency personal arrived on the scene to find that a taxi had rolled several times before coming to rest in the centre medium.

Multiple patients were found lying around the wrecked taxi and one person was found to have suffered fatal injuries. Paramedics were unfortunately unable to initiate any treatment due to the severity of the injuries sustained.

More ambulances were dispatched to assist with the multiple casualty scene. Once all of the injured had been stabilised they were transported to various Durban Hospitals for the further care that they required. 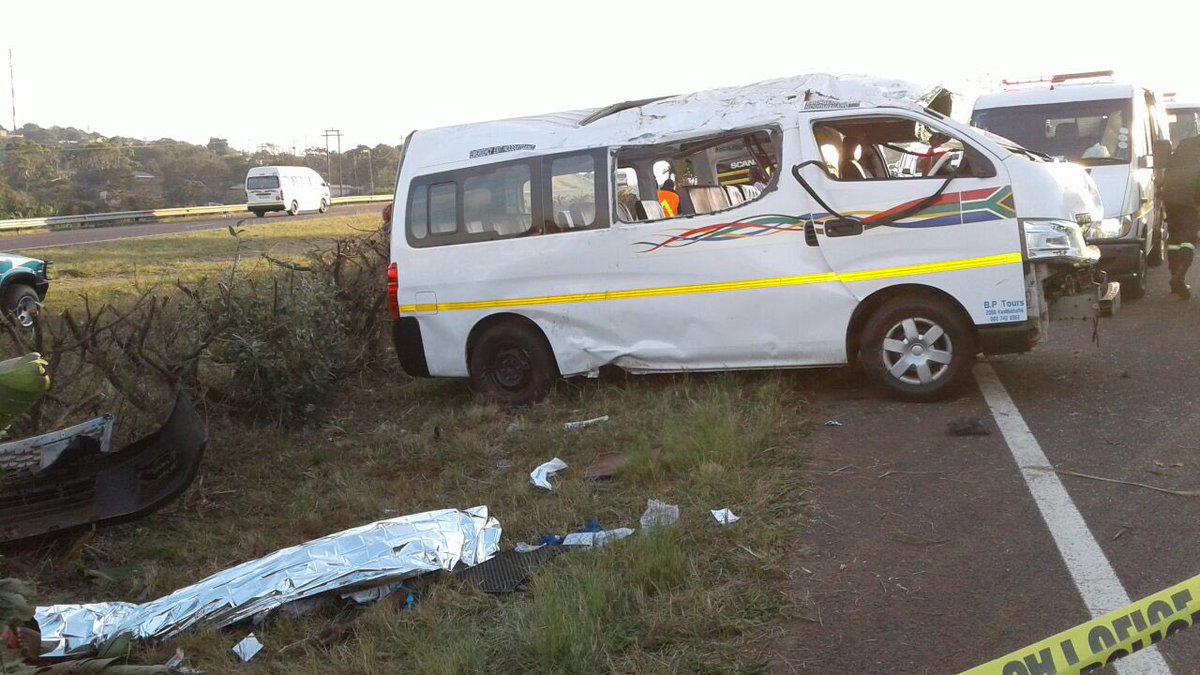 At this stage it is unclear what caused the single vehicle to overturn however the necessary authorities were on scene and will be investigating further.