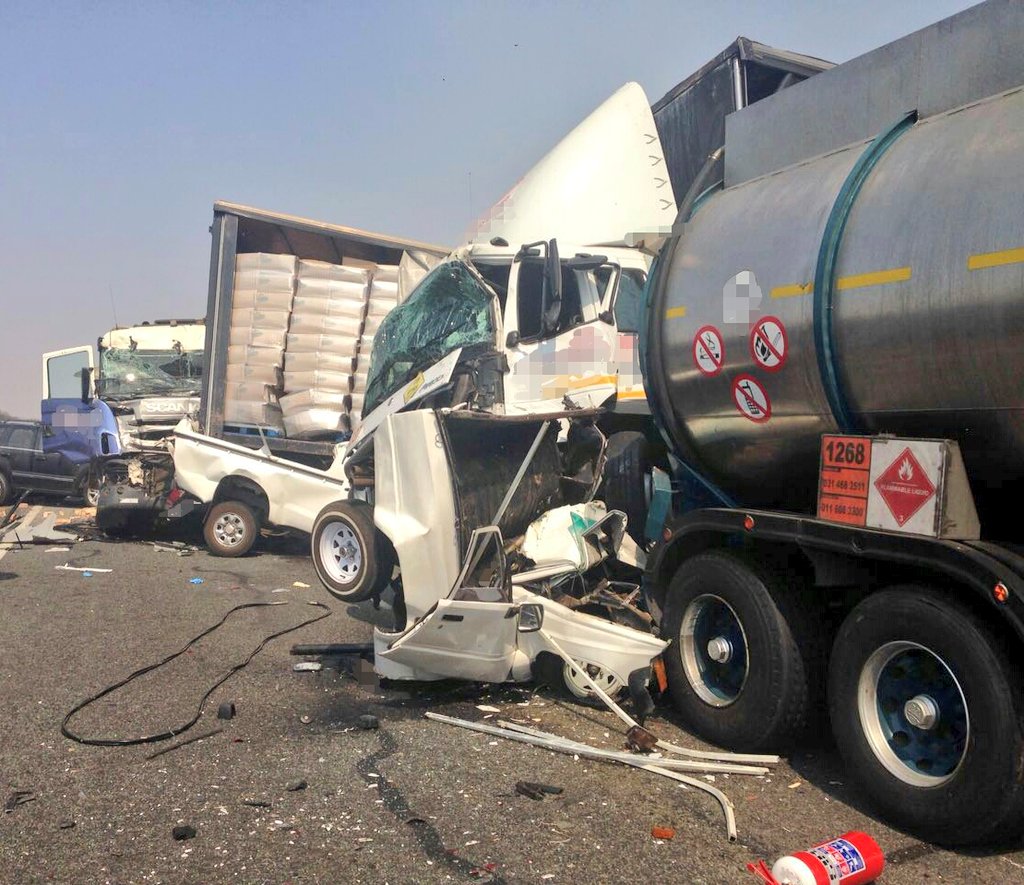 ONE KILLED, 5 INJURED IN MULTIPLE VEHICLE CRASH ON THE N3 NEAR THE R550, GAUTENG

ONE KILLED, 5 INJURED IN MULTIPLE VEHICLE CRASH ON THE N3 NEAR THE R550, GAUTENG

A man  has died and at least five people have sustained serious to moderate injuries after five trucks and five vehicles collided with each other on the N3 near the R550, Gauteng.

A truck driver is still trapped in his truck, paramedics and the fire department are on scene trying to free the man out of the truck.

He is in a critical condition.

OurNetcare2 helicopter is on standby to airlift the critically injured man to a level 1 trauma facility in Johannesburg.

At least four other people have been transported by ambulance to various hospitals  in the area for further medical care .

Netcare911 paramedics and various emergency services are on scene. The N3 Northbound highway between the R23 and the R550 has been completely obstructed.

This road will be closed for some hours.

Traffic has been affected. Motorists are advised to use alternative routes.