THREE KILLED, TWO INJURED IN R26 CLOCOLAN COLLISION OUTSIDE FICKSBURG IN THE FREESTATE

Three people were killed and two others sustained moderate injuries when two vehicles collided with each other on the R26 Clocolan near Ficksburg.

Shortly after 6pm paramedics from local government and ER24 arrived on the scene where they found the two vehicles a few meters away from each other.3

There was nothing that paramedics could do for them and they were declared dead on the scene.

A 19-year-old female passenger and a male passenger, believed to be in his twenties, was found with moderate injuries in the second vehicle. They were both assessed and treated by paramedics on scene before being transported to Ficksburg Hospital for further treatment. 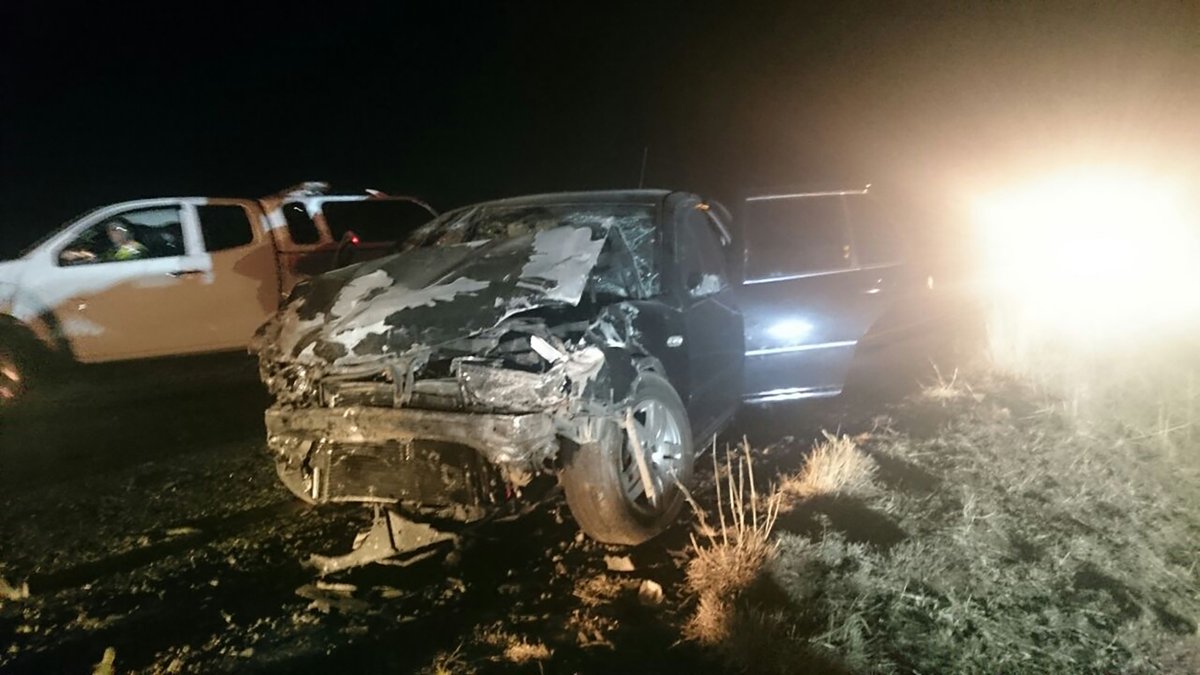