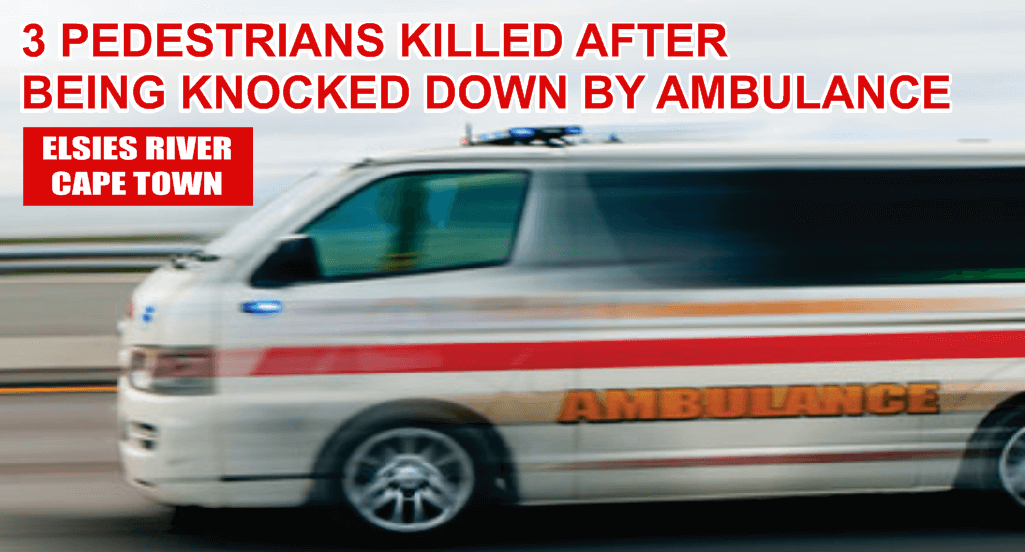 3 Pedestrians Killed after being knocked down by Ambulance 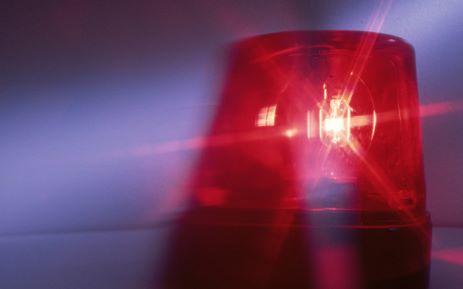 CAPE TOWN - Three pedestrians have been killed after being knocked down by an ambulance in Elsie's River.

The ambulance, which was transporting a woman and her baby, struck the pedestrians while trying to avoid hitting another vehicle on the road this afternoon.

The three were pronounced dead on the scene. The paramedics and the patients in the ambulance have been transferred to Tygerberg Hospital.

Western Cape Emergency Services’ Marika Champion said, “Two females and one male were killed when the ambulance hit them while trying to avoid a collision with another vehicle.

EMS personnel and the two patients in the ambulance were transported to hospital all in a stable condition. The department regrets this unfortunate incident and we are working closely with the police to investigate the full details.”