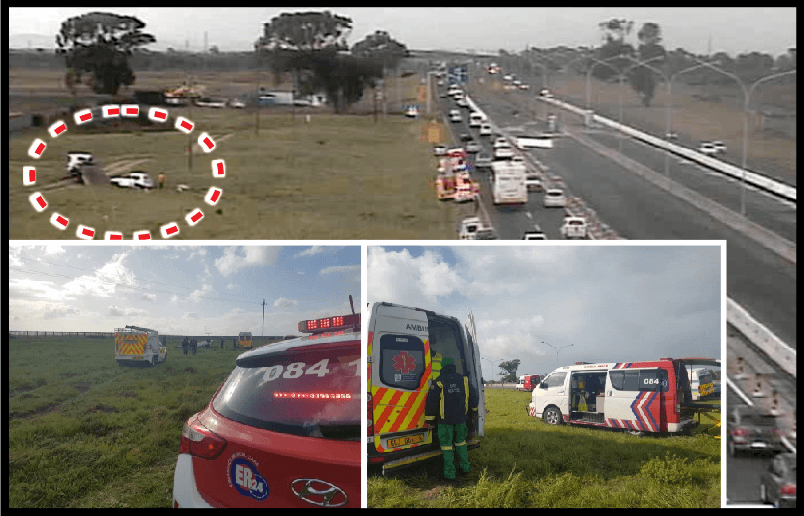 Four people, including a 9-year-old child, sustained several injuries when their vehicle overturned on the N2 outbound after Borchards Quarry.

At approximately 9.30am paramedics from ER24, Metro Rescue and Metro EMS arrived on the scene where they found the vehicle lying on its roof in an open veld.

It is believed that most of the occupants were ejected when the vehicle overturned.

The injured were rushed to Tygerberg and Groote Schuur Hospitals respectively. The child was transported to Red Cross Children’s hospital.

The exact cause of the incident is not yet known.