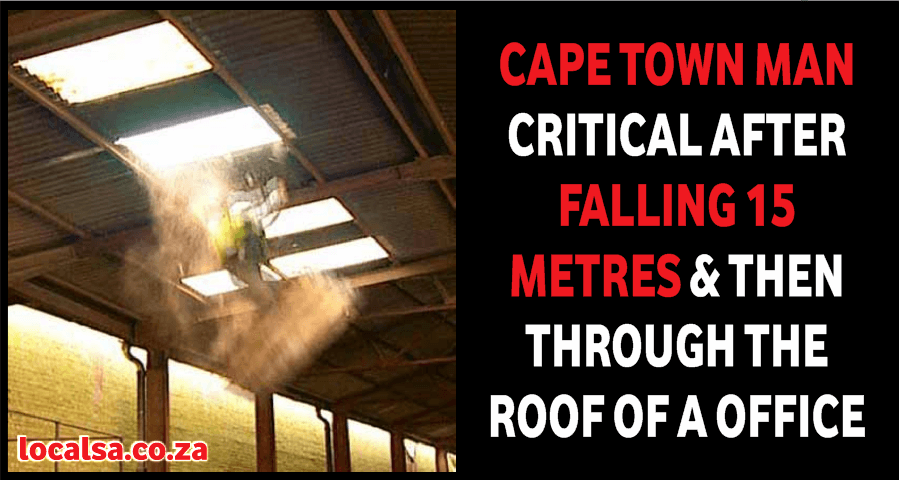 A man. Believed to be in his 20s, was left critically injured this afternoon when he fell 15 metres through a roof at a company on Christiaan Barnard Street in Cape Town CBD.

ER24 paramedics, along with another service, arrived on the scene and found the man lying in the middle of the floor. It is understood that the man had fallen off a ladder, falling through the ceiling and landed on the floor 15 metres below.

On assessment, paramedics found that the man had sustained a number of serious injuries, leaving him in a critical condition. ER24 paramedics began their treatment and initiated advanced life support treatment.

Once treated, the patient was transported to a private hospital for further treatment. Authorities were on scene to investigate further.