LATE ON SATURDAY NIGHT: CAR WAS FOUND FLOATING IN A RIVER IN BRYANSTON

Netcare911 paramedics worked alongside other services including Police divers to search for the occupants of the vehicle in the river until 22h00 last night.

The heavy rain on Saturday evening caused rescue operations to be suspended until the water subsides because it was too dangerous for rescue officers to go into the powerful current.

Police will continue monitoring the situation. For now it’s not confirmed if there is anyone that drowned in the river.

Photos of Car in River 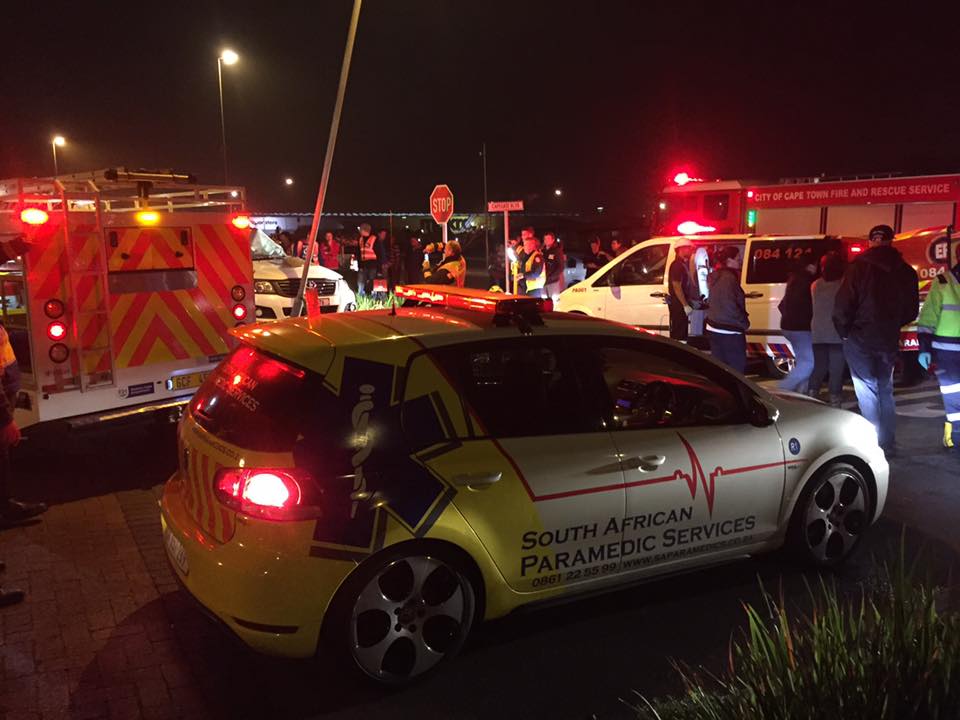