ONE KILLED, 2 INJURED AS TRUCKS BURST INTO FLAMES IN COLLISION IN KIMBERLEY 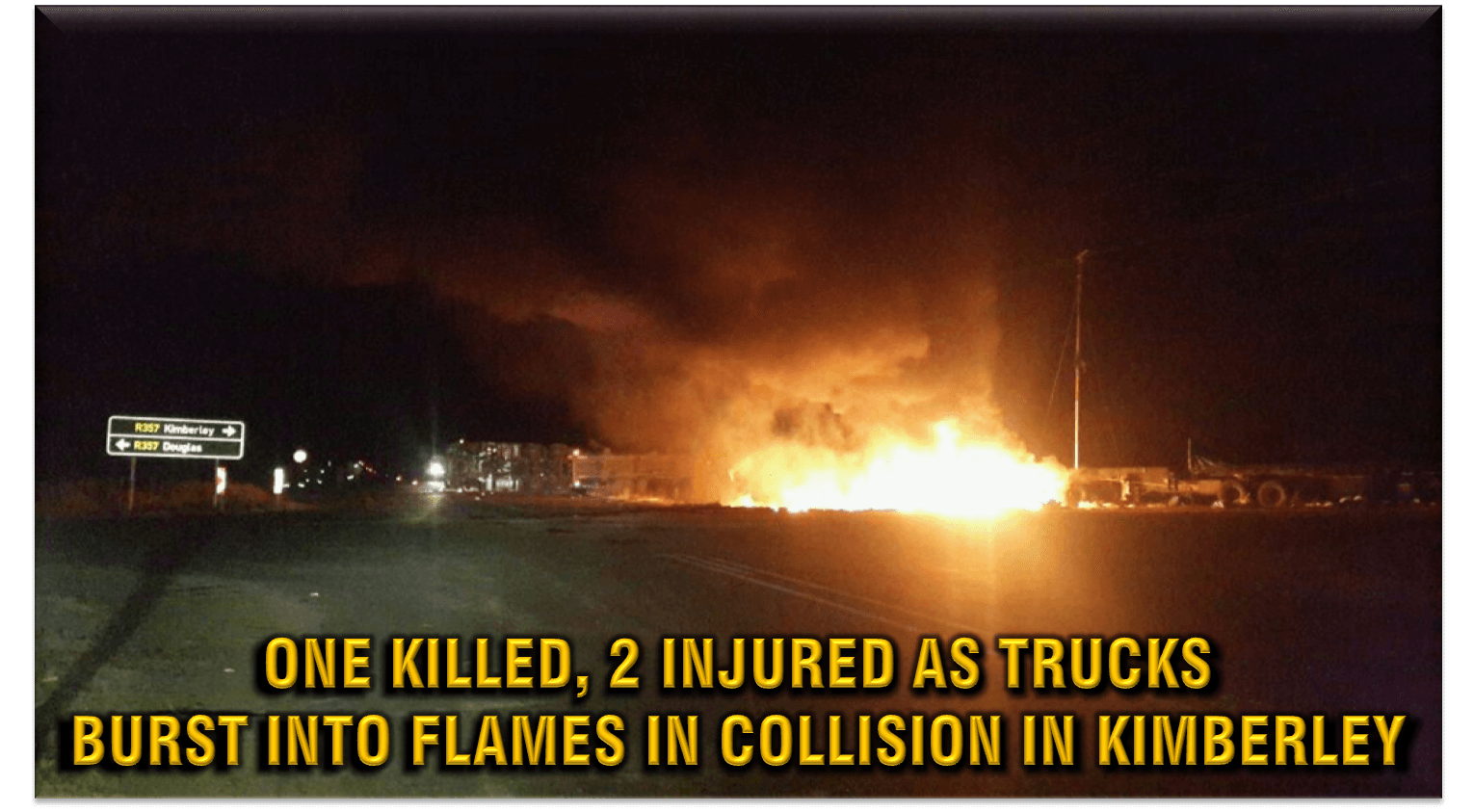 One person has died and two people have been injured after two trucks collided with each other on Douglass Barkley road in Kimberley. Reports from the scene indicate that both trucks burst into flames after colliding with each other.

When Netcare911 paramedics arrived on scene, we found that one person had already died due to the extensive injuries he sustained. We also found that one other man sustained minor injuries while the other man who was still trapped in the wreckage is in a critical condition.

One man was declared on scene by a Netcare911 paramedic. This accident happened on Wednesday evening at about 20h15.