Have you been thinking of the easiest way to get your SA ID or Passport? Well we have good news, Home Affairs Minister Malusi Gigaba has revealed that three major banks in SA will soon be taking applications for new smart card IDs. According to what he told reporters in Pretoria. 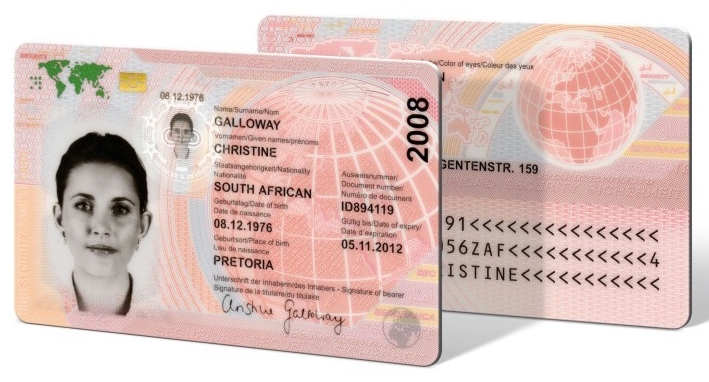 “There are several new innovations that are going to be introduced by the department to assist South Africans for smart ID cards and passports,”

“If I bank with bank X, that bank will take my application. We are linking our systems with those banks for us to be able to undertake that process.”

Gigaba said that Standard Bank, Nedbank, and First National Bank had so far signed memoranda of understanding with the department. More so, Absa and Capitec, who make up the big five consumer banks in the country have explained their involvement in the service, while Standard Bank and Nedbank have provided more shed light on how the system will work. In the words of the minister,

“A person could be able to go to their bank. After doing their banking processes, they can go to the home affairs kiosk within the bank and submit all their applications.

They take the biometric photograph, automated fingerprint, and electronic signature. That is then compiled into an electronic package and deposited to home affairs.” 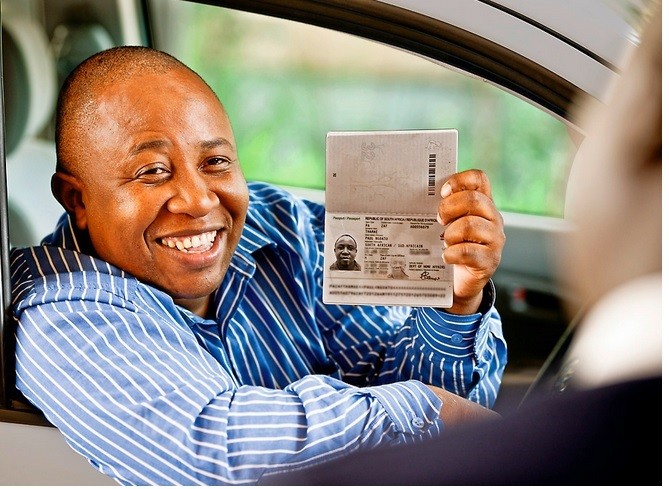 When the process is completed, the applicants will collect their cards from the bank the same way they collect their ATM cards. The pilot project with the first three banks is expected to begin in April.

“We are quite excited about the fact that the banks have accepted our request to partner with them. It will both lessen the pressure at our offices and increase our ability to utilize the infrastructure of the private sector as partners,” said Gigaba.

“Once the pilot is successful, we can then open up the application for the smart ID card to all South Africans who wish to apply. We have limited the applications to 60-year-olds and 16-year-olds.”

Home Affairs also disclosed that depending on the success of the pilot project with the first three banks, the South African Post Office will equally be incorporated into the ID application project since it has the largest footprint and furthest reach, especially into rural areas. This would help ensure that people who dwell in places where there are no delivery points of home affairs.

Out of the 403 home affairs offices scattered around the country, only 110 have a “live capture” system for processing smart card IDs and new passports. In this month of March it is expected that up to 140 offices would have the new technology. This would equally hasten things up since only office that have the new live capture technology can issue the cards.

The Head of retail banking at Standard Bank Sibongiseni Ngundze, said that the bank has 650 branches nationwide and as such, will commence its pilot of the service with staff by March. Existing customers will be able to apply for their new smart card IDs from Standard Bank as of April 2015.

“As we are in a pilot phase, we will be starting the process with our Commercial and Business Banking customers as well as our Prestige and Private Banking customers. The pilot will run for six months, followed by a roll out to all customers. We are committed to rolling out this initiative as quickly as possible,” he said.

Nedbank has accepted to do a pilot test and find out the feasibility of the system. According to  Brian Duguid, managing executive of the Nedbank Integrated Channels, “The bank is currently assessing its infrastructure and processes to assist with the initiative.  The bank has committed to a single site pilot to test the requirements as set out in the proposed memorandum of understanding.”

FBN has started the process to set up the system while ABSA commends the efforts of the Home Affairs and pledges to support the project with the other banks as it will definitely be participating in the exercise.

A spokesperson for Capitec however, has said it would not be involved in the application and delivery of smart ID cards. He said the bank has considered the feasibility of the program and decided that the bank could not go through with it. This is what they said is their reason:

“The way it was put to us is that Home Affairs will have a separate kiosk inside the bank branch where the necessary registration procedures as well as subsequent card collection will take place.

“It is by no means an integrated system and therefore our fingerprint-biometric or other technology, whilst very advanced, would actually have no role to play.”

For now, The old green ID books would remain valid so fear not, you can still use the one you’ve got.

APPLY FOR A HOUSE SUBSIDY