How could anyone survive this horrific car crash?

Pretoria - The parents of the so-called Springs "house of horrors" tried to hide their 13-year-old son from police, the Pretoria High Court heard on Friday. 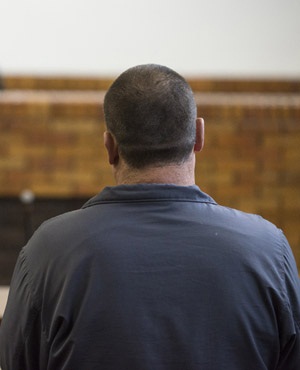 Police went to the house in May 2014 after receiving information that the boy had possibly drowned, was covered in a blanket and hidden in a cupboard, Warrant Officer Tracy Wentzel testified.

The parents, both 36, are on trial on 42 charges including rape, child and sexual abuse, and drug dealing and possession. They may not be named to protect the identities of their five children, some of whom are minors. When police arrived at the house on the East Rand, both parents were there, Wentzel told the court.

They searched the house, but failed to find anything. The father spun several stories about the boy’s location. Due to his inconsistent stories, she decided to arrest him. The mother later admitted that the boy was at his aunt's home in Warden, in the Free State. Wentzel phoned the boy and told him they were going to fetch him.

She told the court that Warrant Officer Lourens Smit, who was based in Warden, was sent to fetch they boy. Smit took him to his own home while they waited for Wentzel. Wentzel accompanied the mother to the officer's house. She said the boy was scared and hid behind Smit’s legs when they arrived.

The first thing she noticed were the bruises to boy's face. “The mother was in the back seat of the car and didn't get out. She tried talking to the boy, but he said he didn't want to go home,” Wentzel told the court.

After convincing the boy that they wouldn't take him home, he got into the front seat of the car. The mother stayed in the back seat. Only after they stopped on the way back to buy cold drink and ice cream did the boy get into the back seat with his mother.

Wentzel testified that when they searched the Springs house they found a black back filled with a variety of sex toys. Two vibrators and a pair of handcuffs were confiscated from the main bedroom, along with a silver container with fireworks, some of which were filled with nails.

Behind the bar, police found gas cylinders, silver bullets, .22 ammunition, and toy guns. The trial would continue on Monday.