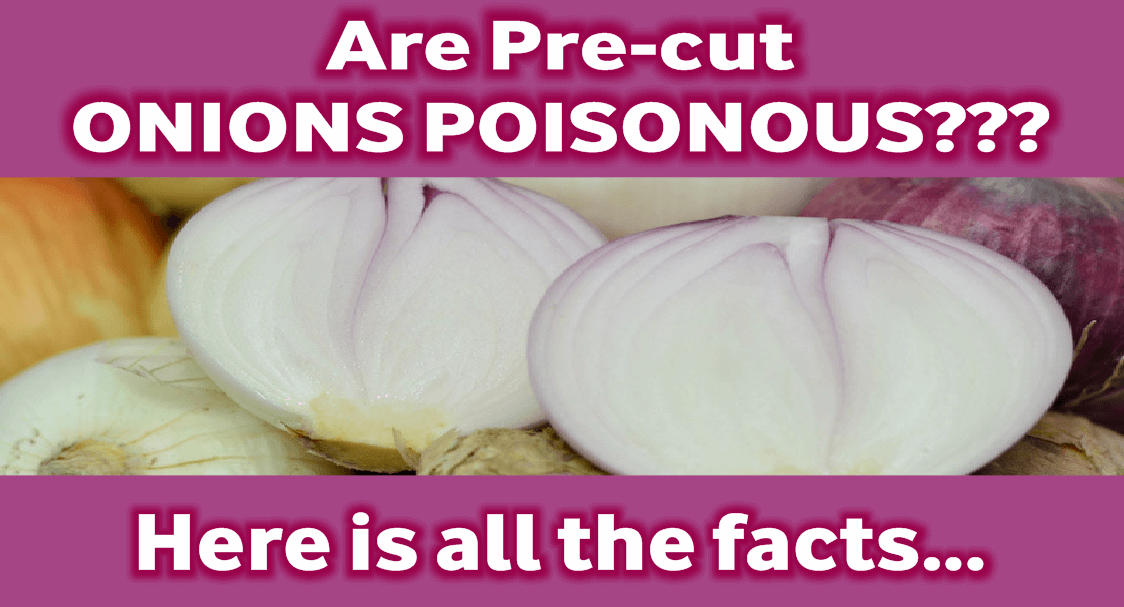 DANGEROUS TO CUT ONION & ONLY USE IT THE NEXT DAY? HERE'S THE FACTS 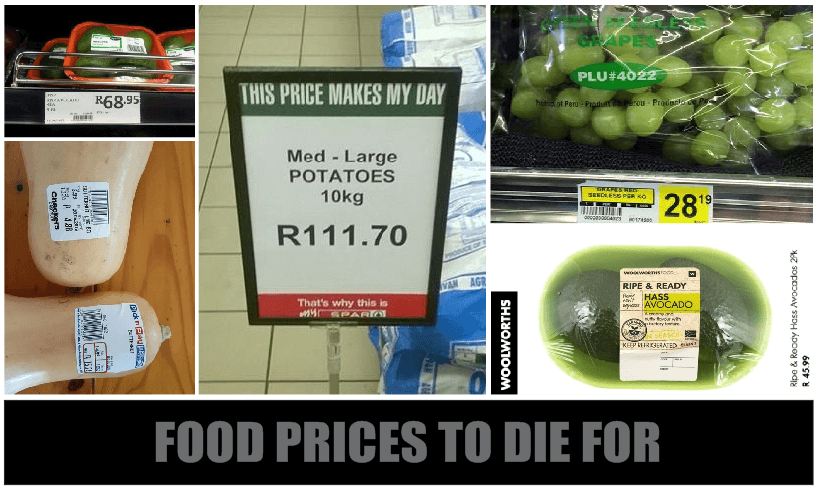 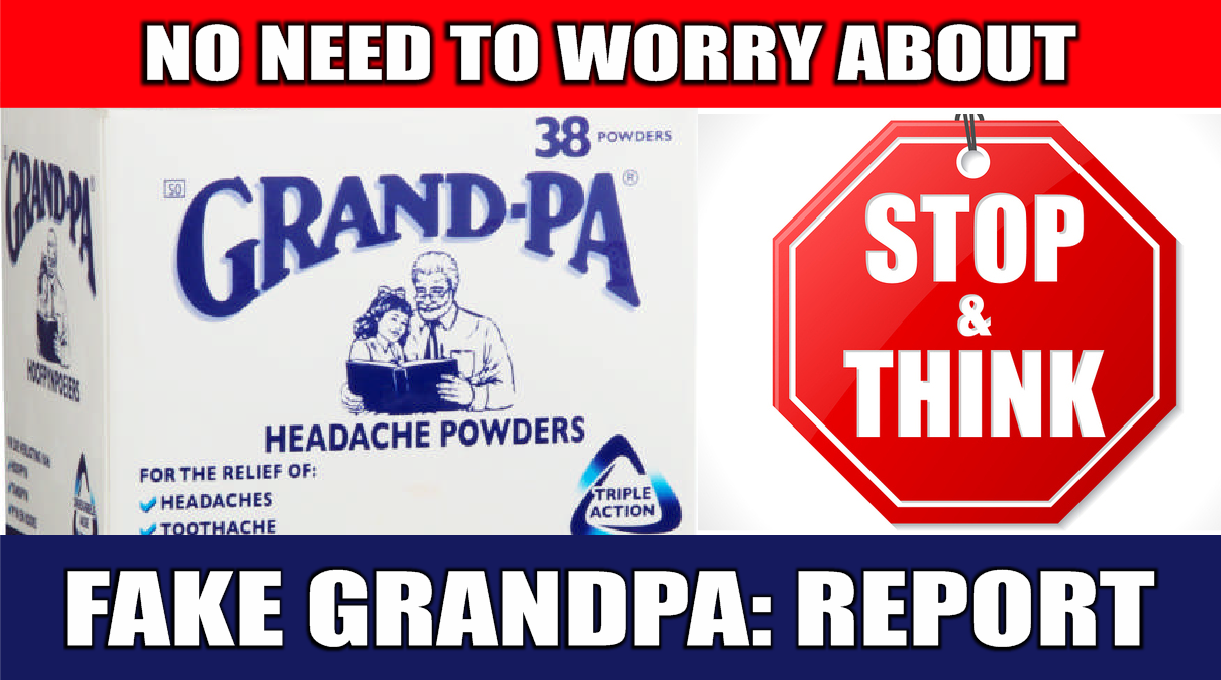 No need to worry about Fake Grandpa Powder, unless it's 5 years old.

DANGEROUS TO CUT ONION & ONLY USE IT THE NEXT DAY? HERE'S THE FACTS


I was shocked, to say the least, when someone shared a post with me about 'The Onion Story'. Shocked indeed, not about the story but more on how many people shared this fake / hoax story.

This exact same Onion Story Hoax is on the list of one of the oldest hoaxes on the web and people still fall for this. 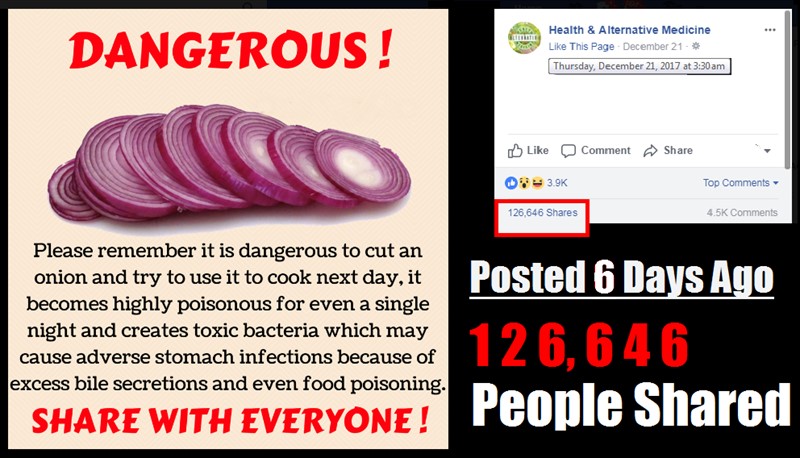 Below is 3 of the most common versions used to spread The Onion Story.

Most Popular Version of the Story:

Please remember it is dangerous to cut onions and try to use it to cook the next day. It becomes highly poisonous for even a single night and creates toxic bacteria which may cause adverse stomach infections because of excess bile secretions and even food poisoning.

Version 2 of the Story:

Onions! I had never heard this!!!

In 1919 when the flu killed 40 million people there was this Doctor that visited the many farmers to see if he could help them combat the flu...Many of the farmers and their families had contracted it and many died.

The doctor came upon this one farmer and to his surprise, everyone was very healthy. When the doctor asked what the farmer was doing that was different the wife replied that she had placed an unpeeled onion in a dish in the rooms of the home. It obviously absorbed the bacteria, therefore, keeping the family healthy.

Version 3 of the Story:

LEFT OVER ONIONS ARE POISONOUS Sometimes when we have stomach problems we don't know what to blame. Maybe it's the onions that are to blame. Onions absorb bacteria is the reason they are so good at preventing us from getting colds and flu and is the very reason we shouldn't eat an onion that has been sitting for a time after it has been cut open.

Onions are a huge magnet for bacteria, especially uncooked onions. You should never plan to keep a portion of a sliced onion.. He says it's not even safe if you put it in a zip-lock bag and put it in your refrigerator.It is dangerous to cut an onion and try to use it to cook the next day, it becomes highly poisonous.

Please pass this on to all you love and care about.

Is the Onion Story a Hoax or Fact?

The message claims that left over, cut onions should not be used the next day, because they become highly poisonous because of bacteria growth, turn toxic and lead to adverse stomach infections. The message is not a fact, there is no scientific evidence to prove this claim.

Onions as such do not have any special property to magically attract bacteria from its surroundings. In fact, when onions are cut, they emits sulfenic acids which inhibit the growth of germs and thereby protect them from surrounding bacteria.

This is because bacteria generally like moist and neutral environments, and they cannot stand acidic environments - that's why vinegar is used for preserving. Left over, cut onions are not poisonous, they are fine to use and can be stored in a refrigerator, in a sealed container at the proper temperature of 40°F or below for up to 4 days.

You can also store them safely in zippered bags and use them within a day or two. But onions can lose their nutrient value when stored over a period of time.

However, it is also important to note that onions have to be handled in hygienic manner while cutting and re-using them, because they can be contaminated with certain bacteria when they come in contact with dirty hands or unhygienic cutting board, and consumption of such onions can indeed make a person sick.

But again, this is possible with any other food item, not onions in particular.

Therefore, the message saying cut onions become toxic is a hoax, left over, cut onions are not poisonous, they are safe to use when stored in hygienic conditions.

There have been many other versions of this story, claiming that leaving onions around a room will absorb the flu virus along with bacteria causing other illnesses and will prevent people from becoming sick.

It is a fact that onions were used in folk medicine long before 1919, but it is just a false belief, there is no scientific evidence to prove it. Onions are not bacteria magnets, they are good to use, especially because they are high in vitamin C and are a good source of fiber and other important nutrients.