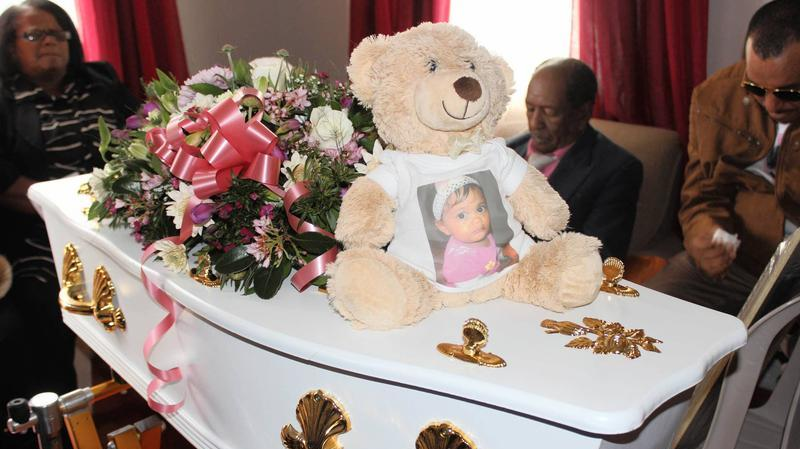 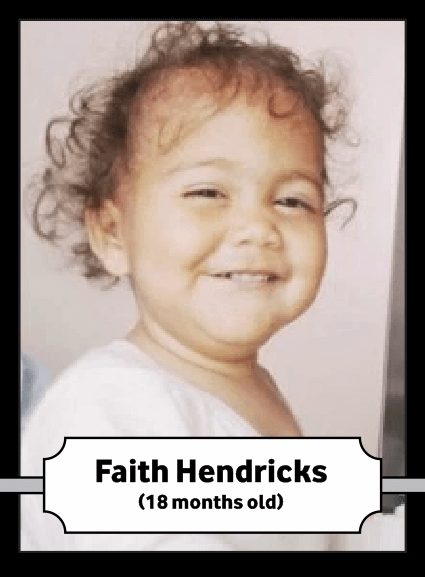 FAITH HENDRICKS, 18 MONTH OLD VICTIM OF A DOG ATTACKED, WAS LAID TO REST ON SATURDAY


Devastated mom Anthean Hendricks clutched a teddy bear that belonged to her daughter throughout the funeral of little Faith who died after being attacked by the family’s pit bull.

Hundreds of mourners packed the Moffat Hall in Mount Pleasant on Saturday to say farewell to 18-month-old Faith who died a week ago after the family’s pit bull Bruno attacked her at her grandparents’ home in Kalkoentjie Street.

A smaller teddy bear wearing a tiny white T-shirt with Faith’s face on the front, and her name and the number 18 on the back, was placed on her coffin.

During the touching service, the parents did not speak but asked their friend Bernard Fortuin to give a tribute.

Bernard said he was stumped because the tribute “wouldn’t contain where she went to school, when she matriculated, got her degree, got married and had kids” like most tributes.

“We’re dealing with Faith, an 18-month-old baby. I thought: What do you say about such a short life?,” he asked.

“But for the days, weeks and months she was borrowed to us we were blessed with a little angel. She managed to bring together friend and foe today to celebrate her life,” said Bernard.

Pastor Abie Johannes told parents Nowell and Anthean that God had a plan when they named their youngest daughter Faith Hope, “A special name for a special child,” he added.

Tears streamed from mourners’ faces as they said their final farewells to little Faith, whose tiny face still bore the scars of the dog attack. 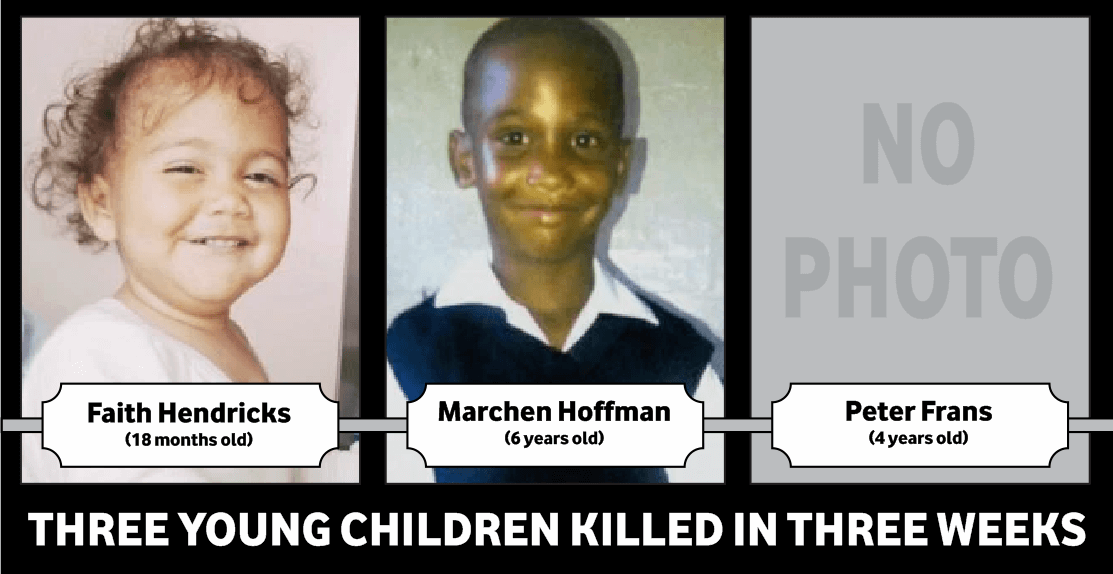