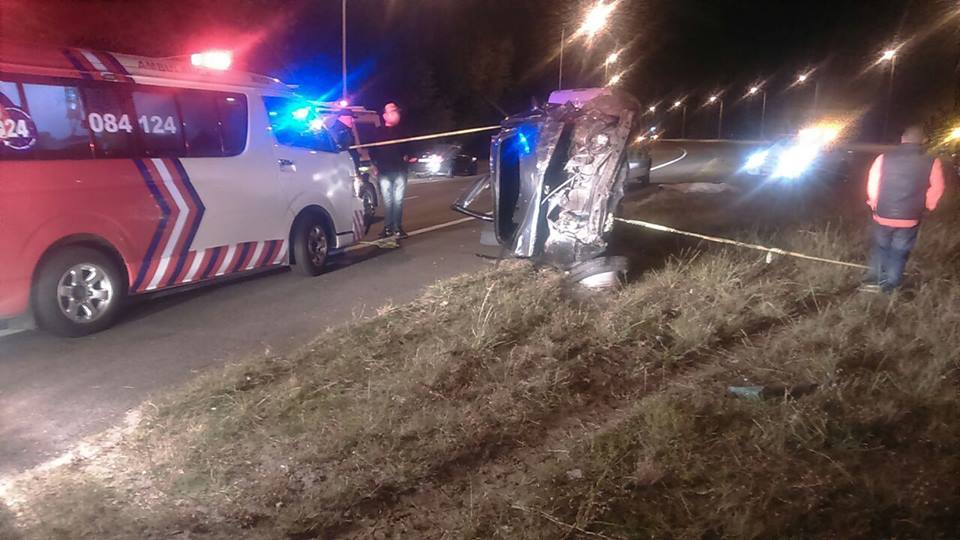 One man died and two others were injured when the driver lost control of the vehicle on the M5 between Ottery Road and Wetton Road, Wynberg area in Cape Town, in the early hours of this morning.

ER24 paramedics, Life Healthcare, Metro Rescue as well as other services attended to the incident. Upon arrival paramedics found the overturned vehicle laying on its side.

A man believed to be in his early 20's was found lying about 10m away from the vehicle. Sadly there was nothing that could be done for him. He was declared dead.

Two other men, also believed to be in their 20's, were assessed. It was found that one was in a serious condition and another sustained moderate injuries.

They were treated and transported to hospital for further medical care. The exact cause of the incident is unknown.
Authorities were on scene for further investigations.