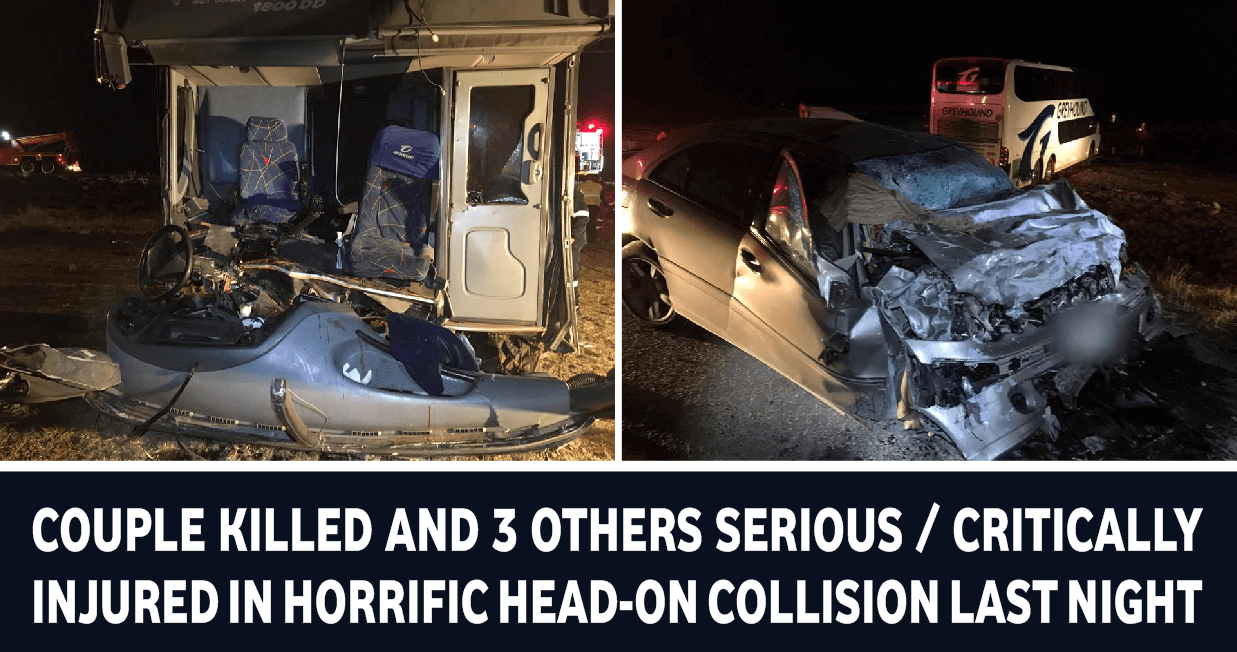 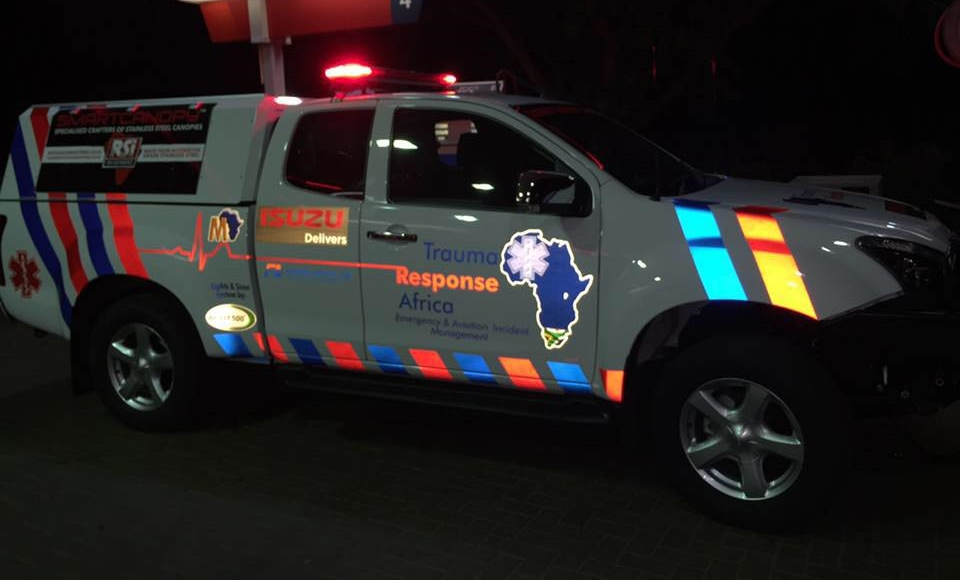 An American couple died in a head on collision between a passenger bus and a sedan on the N1 35km South of Bloemfontein late last night.  According to Trauma Response Africa, paramedics found that couple dead on arrival at the scene. 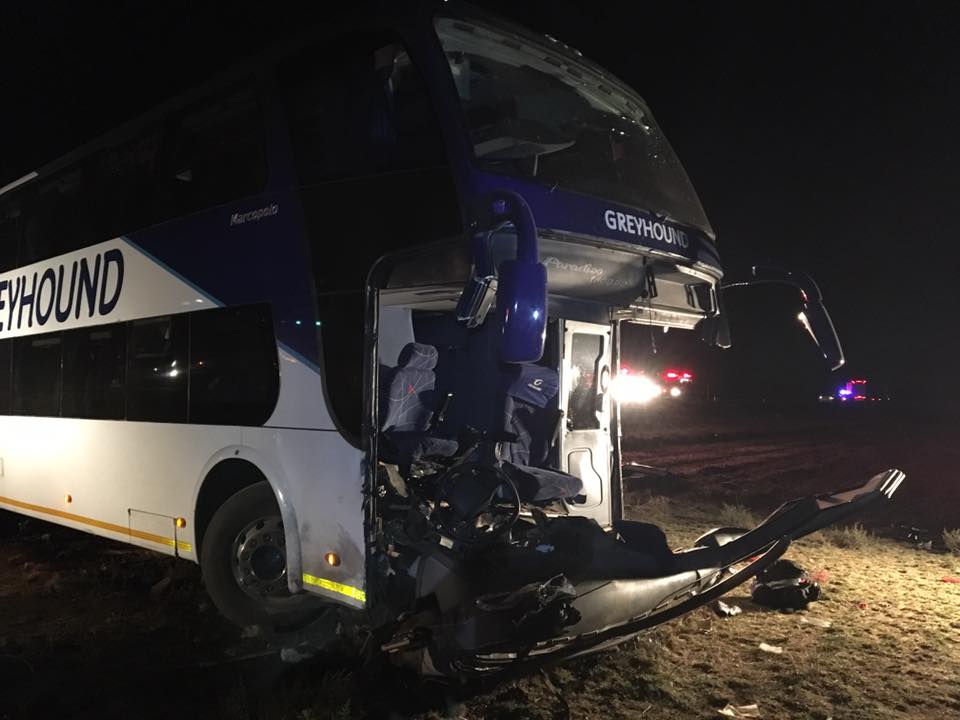 Various other emergency services were on the scene and the Mangaung Fire and Rescue Services were there to extricate those that were entrapped inside the bus.

Jaws of life were used to free them from the wreckage and they were all transported in serious to critical condition to Pelonomi Hospital in Bloemfontein for further care,” he says. 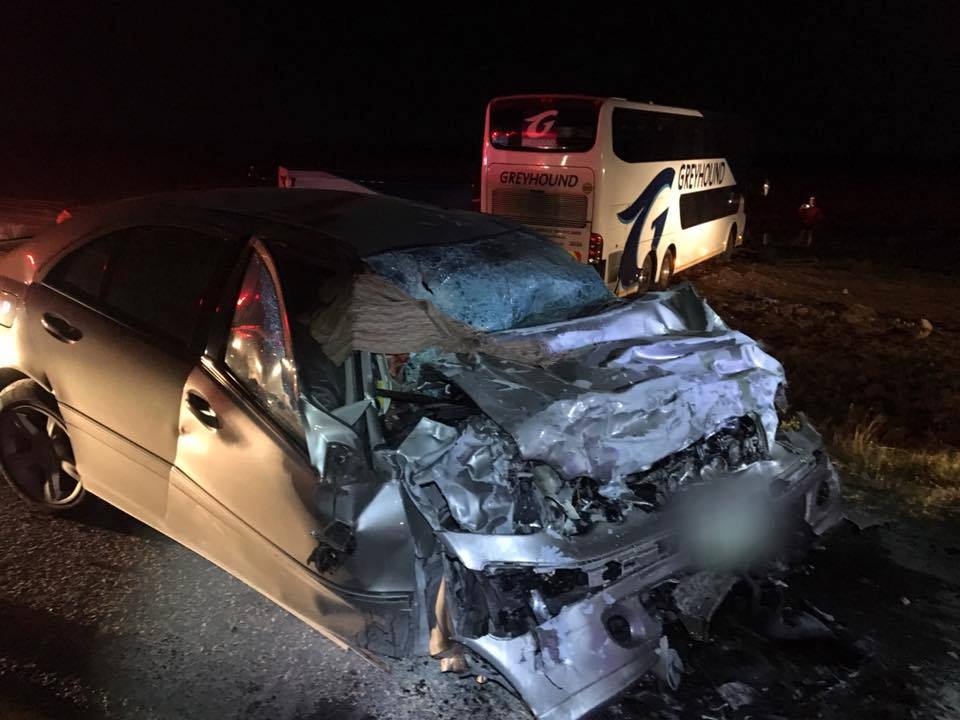 “Fortunately the bus did not overturn as it left the road and as a result none of the passengers on the bus sustained any injuries.

Another bus was sent by the company and in about an hour and a half after the accident they were on their way again to their respective destinations,” he added.

The exact cause of the accident will form part of a police investigation. 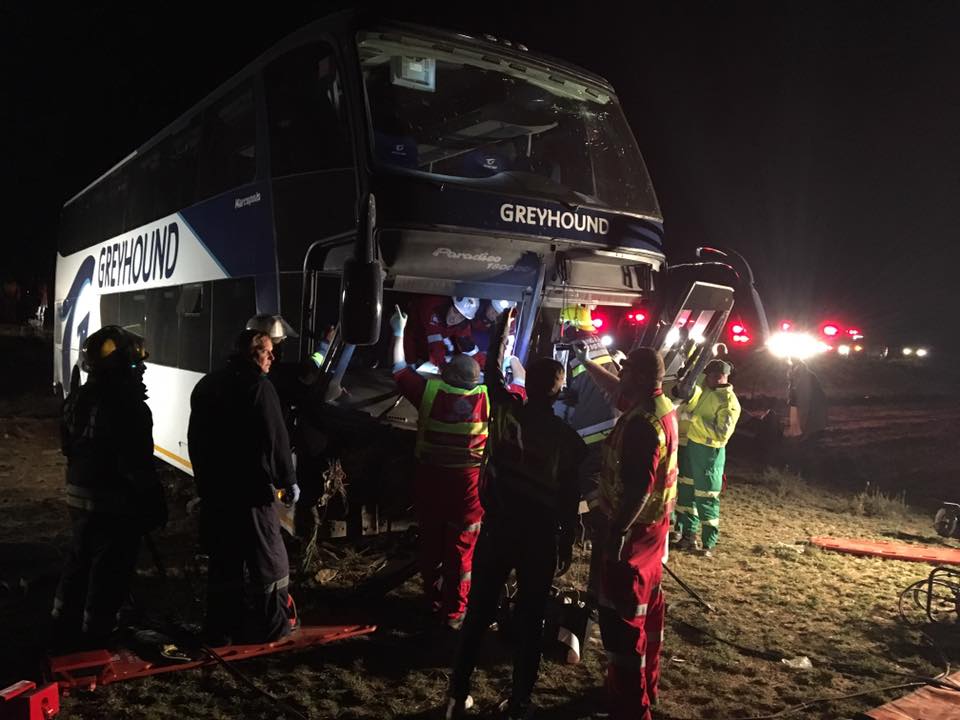 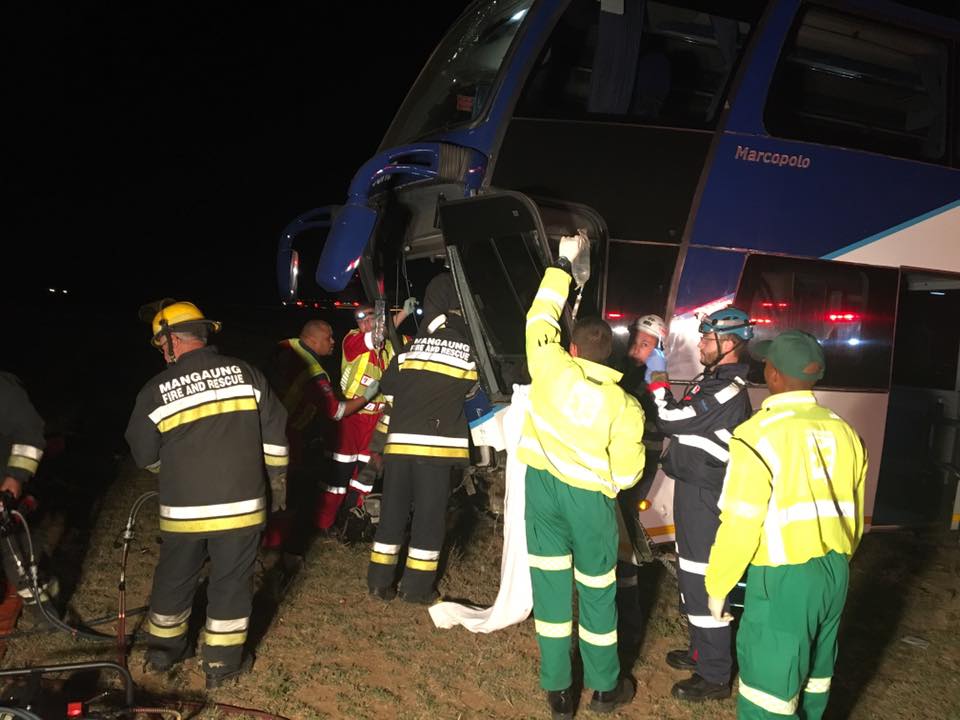 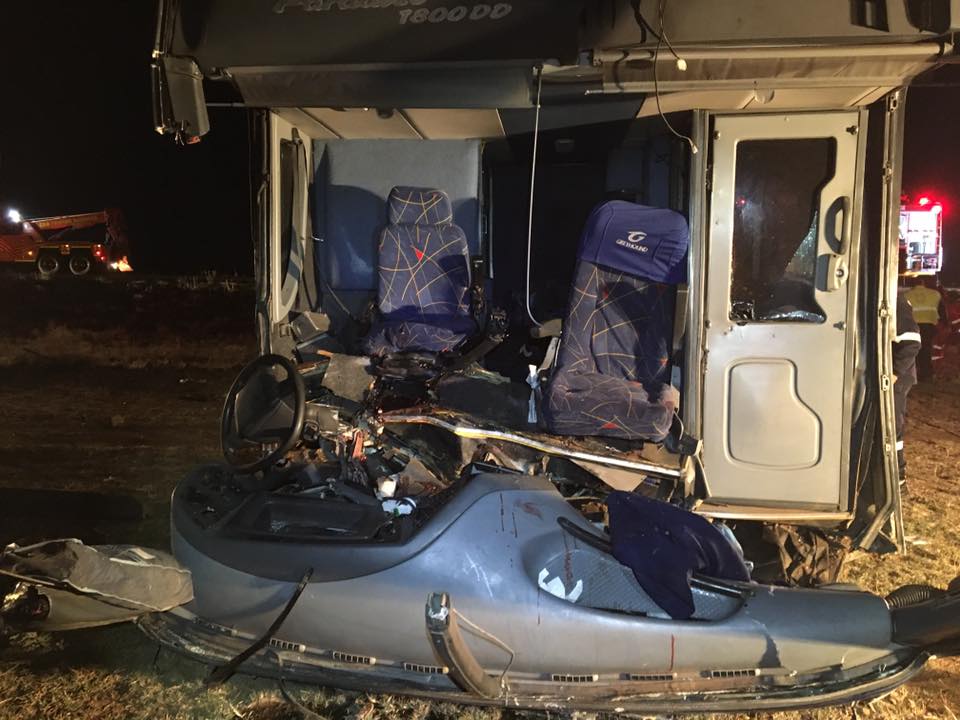 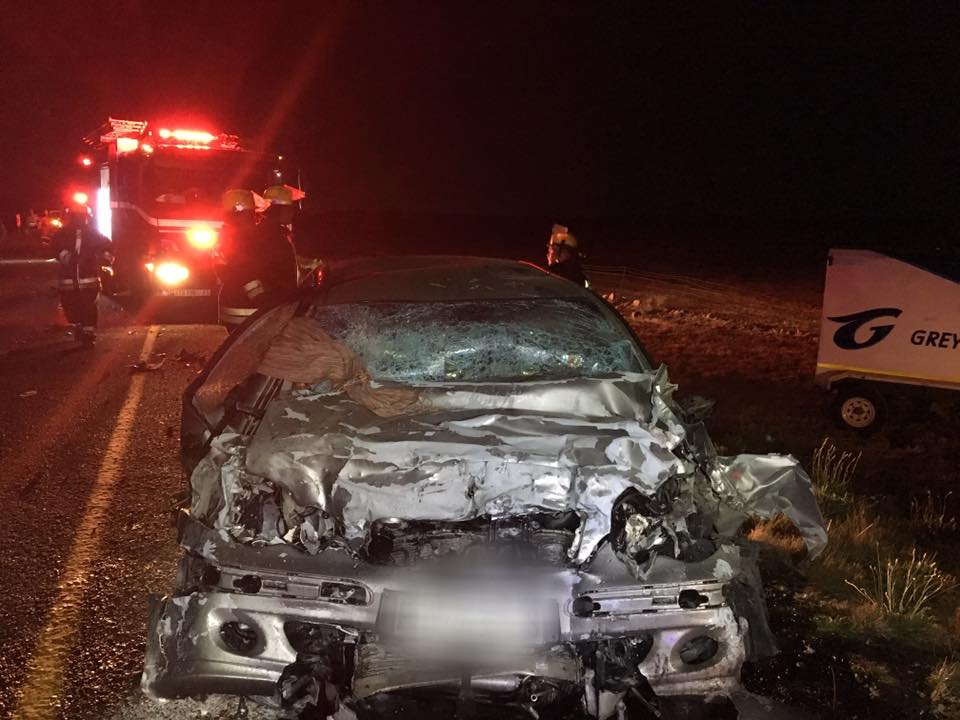 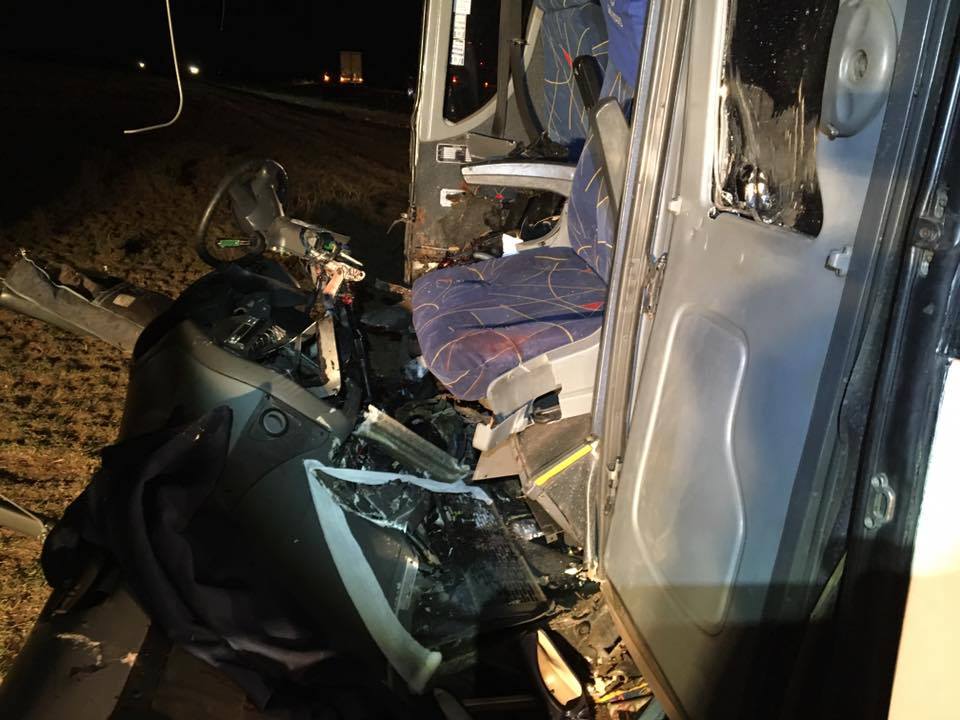 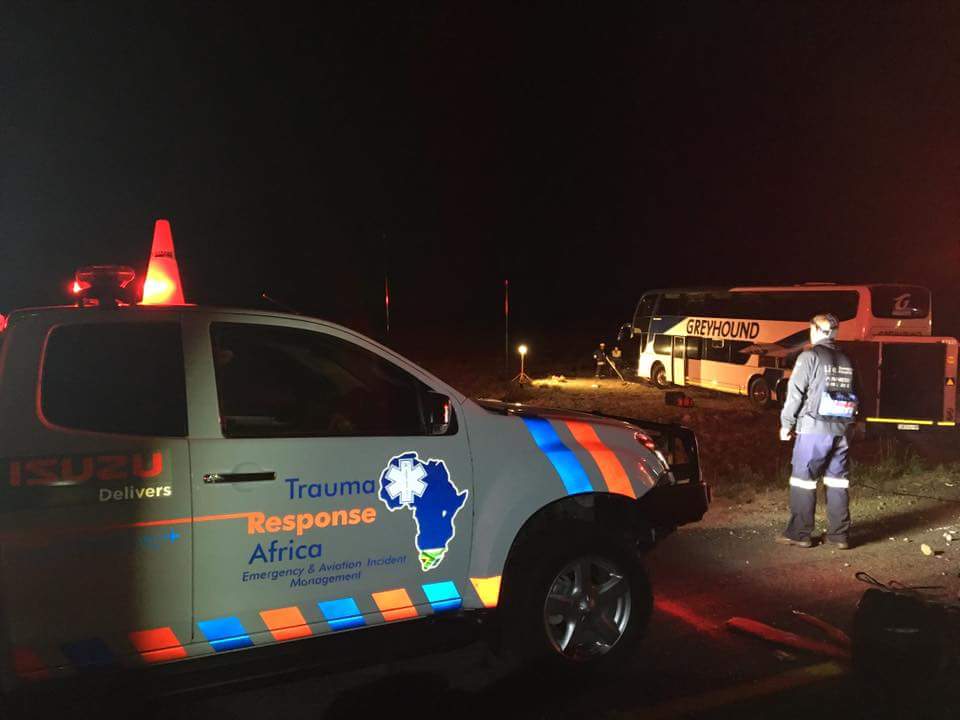