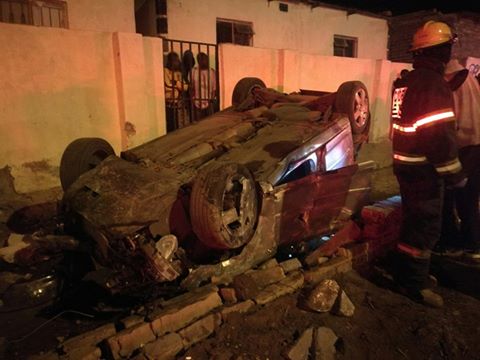 One person was left in a critical condition, and three others sustained moderate injuries after a car lost control at a high-speed and rolled off the road into a wall on South Africa Drive, in Cosmos City.

At approximately 04:30 this morning EMER-G-MED's A01 arrived on the scene alongside provincial services. On assessment paramedics found that all the car's occupants had managed to get out of the vehicle.

The driver was found lying beside the wreckage having sustained critical injuries. Paramedics stabilised the critically injured man on the scene before he was transported to Netcare Olivedale Hospital under Advanced Life Support care.

The three other occupants were found seated on the pavement, and walking around the scene. They were also transported to various nearby facilities for further care.

Local authorities were on the scene to investigate.