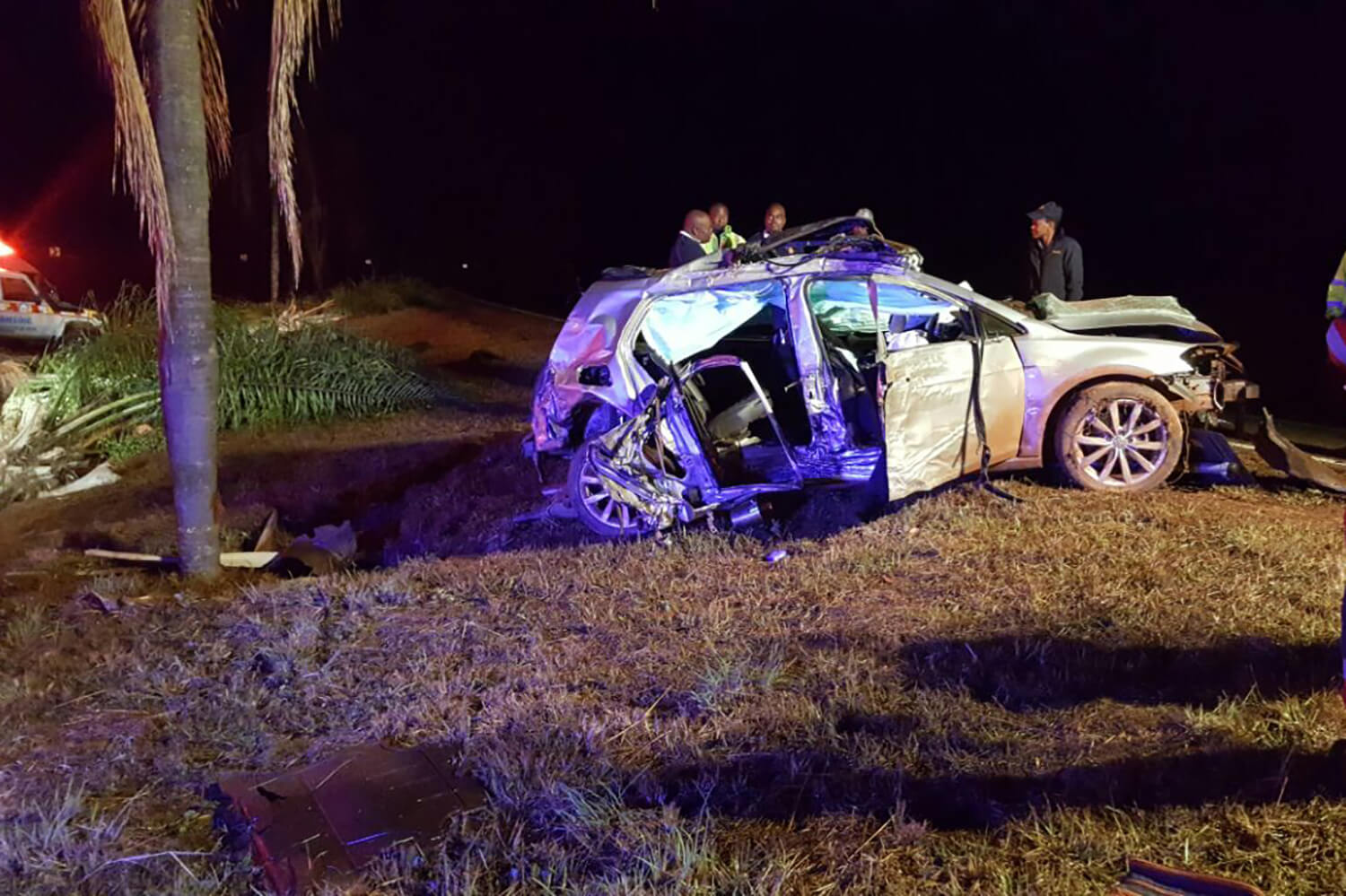 MAN WAS KILLED AFTER HIS VEHICLE ROLLED, CRASHES INTO TREES

MAN WAS KILLED AFTER HIS VEHICLE ROLLED, CRASHES INTO TREES

A man sadly died after the vehicle he was in rolled on the R36 outside Tzaneen this morning.

ER24 paramedics arrived on scene and found that the vehicle had crashed into four trees before landing near the road.

The driver believed to be in his 30’s was still in the vehicle.

Upon assessment it was found that he sustained multiple severe injuries.

Sadly there was nothing paramedics could do for him. He was declared dead.