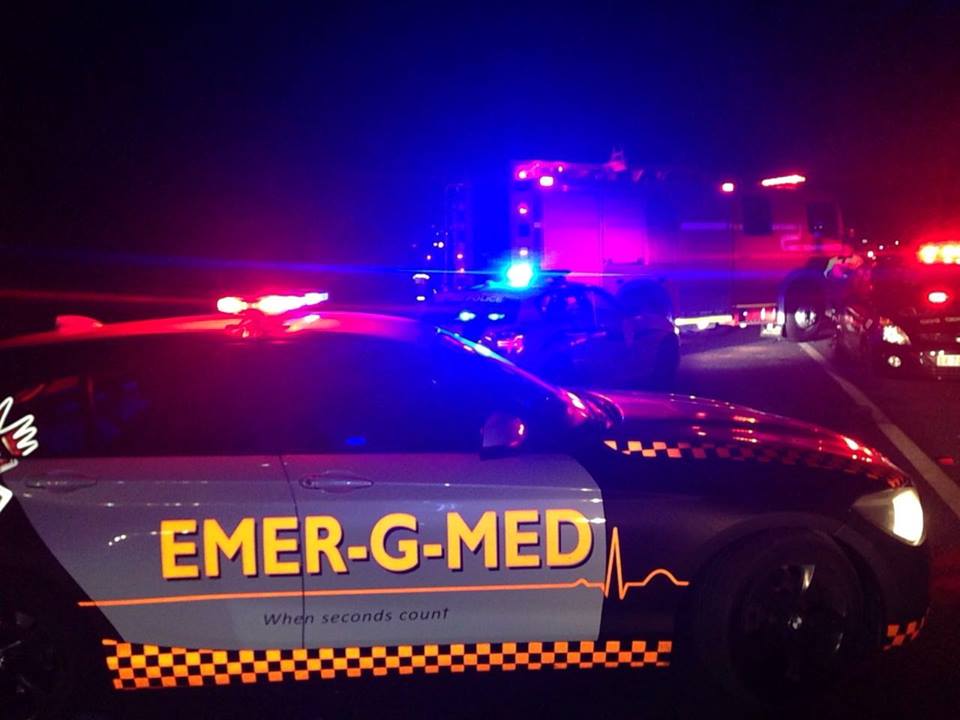 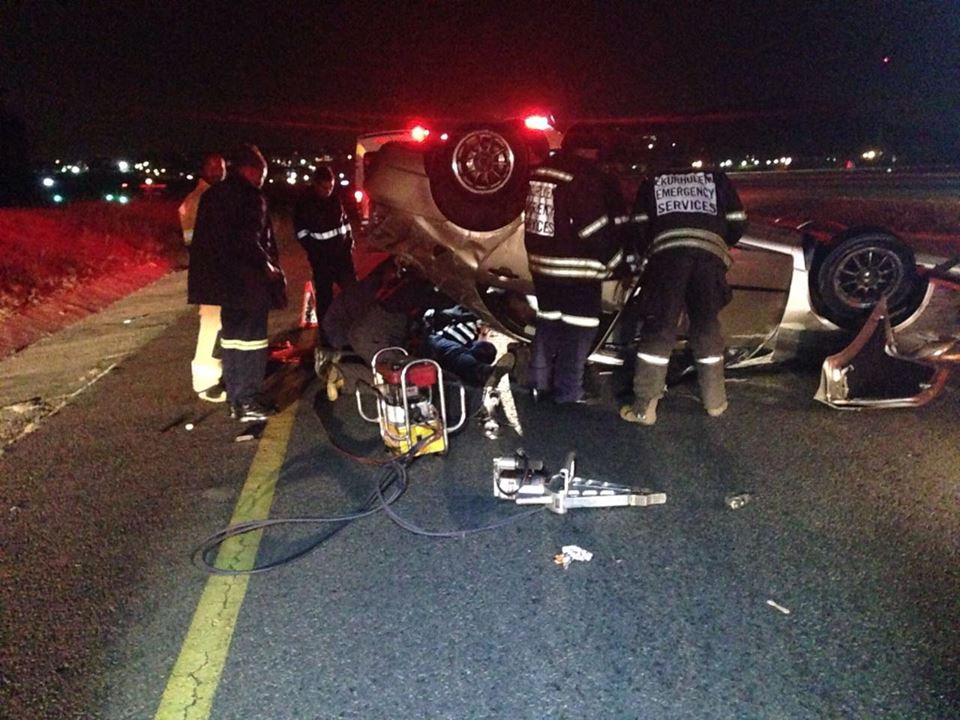 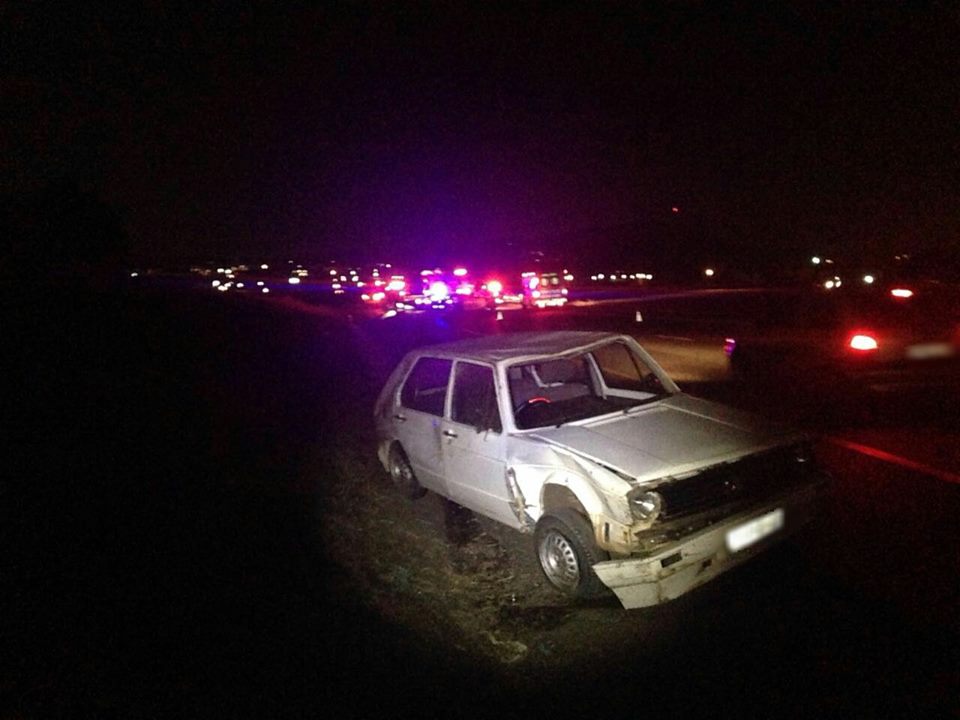 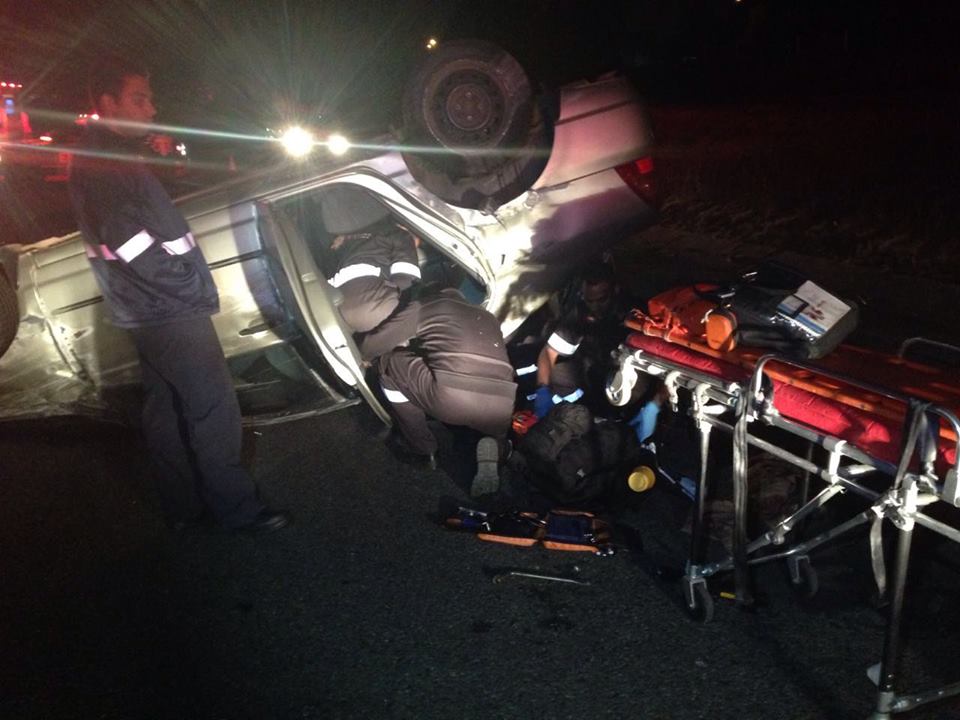 Driver entrapped after car rolled on the R59 South in Alberton.


Last night EMER-G-MED&#39;s RV5 and A10 were having coffee at a petrol station when a member of the public drove in and reported that he had witnessed a car roll on the R59 South at the Michelle Avenue offramp, in Alberton.

Paramedics immediately responded to the scene, arriving to find that two vehicles had been involved and had both overturned. One car had ended up back on it&#39;s wheels, with the occupants uninjured. The second car was found lying on its roof, with the driver entrapped within.

Paramedics immediately began treating the entrapped driver - who had sustained moderate to serious injuries. The fire department were called to the scene, and assisted in extricating the patient using the &quot;jaws of life&quot; and other rescue tools.

Once freed from the vehicle the driver was transported to hospital under Advanced Life Support care.

EMPD were on the scene to investigate the exact events leading up to the collision.