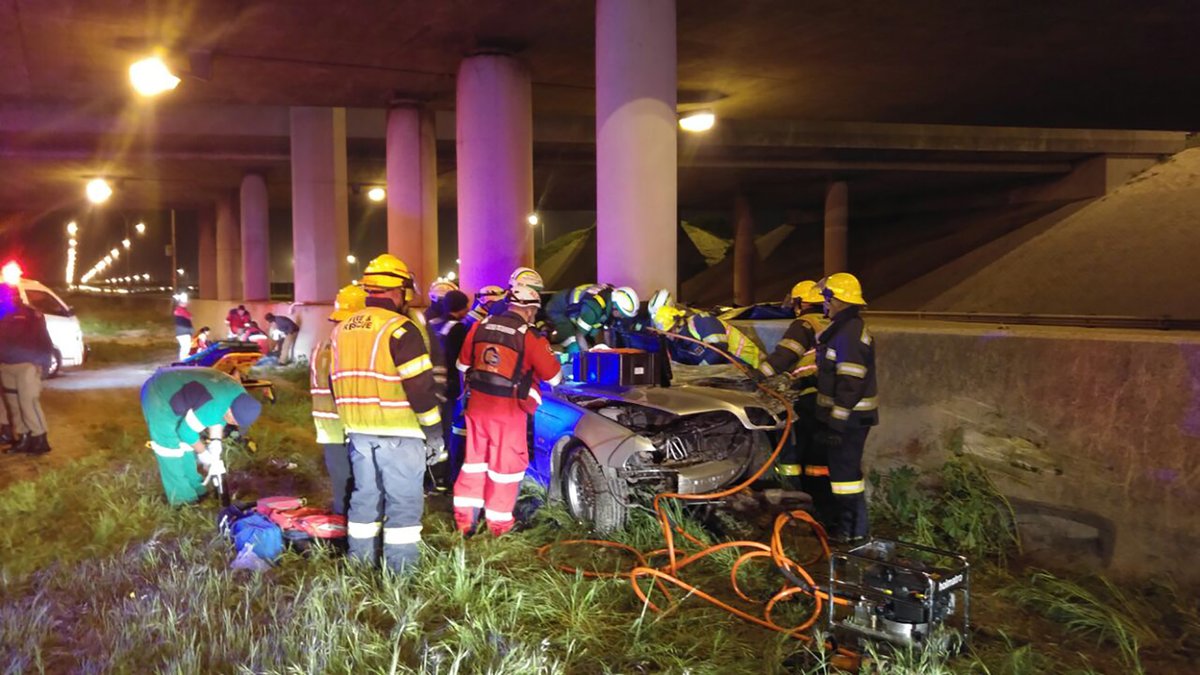 ONE KILLED, NINE INJURED ON N2 DURING EARLY HOURS OF MONDAY MORNING

Ten people were involved in a collision between an Audi and a BMW on the N2 near the R300 in Delft South, Cape Town.

Shortly after 1am this morning, paramedics from ER24, Life Healthcare, Metro EMS and Metro Rescue arrived on the scene where they found the two vehicles several meters apart.

A woman was found in the Audi with fatal injuries. Sadly, there was nothing that paramedics could do for her and she was declared dead on the scene.

Another person was trapped in the BMW and Metro Rescue had to use the jaws of life to free him from the vehicle. He sustained serious injuries.

Eight other people were found on the scene with various injuries ranging from moderate to serious.