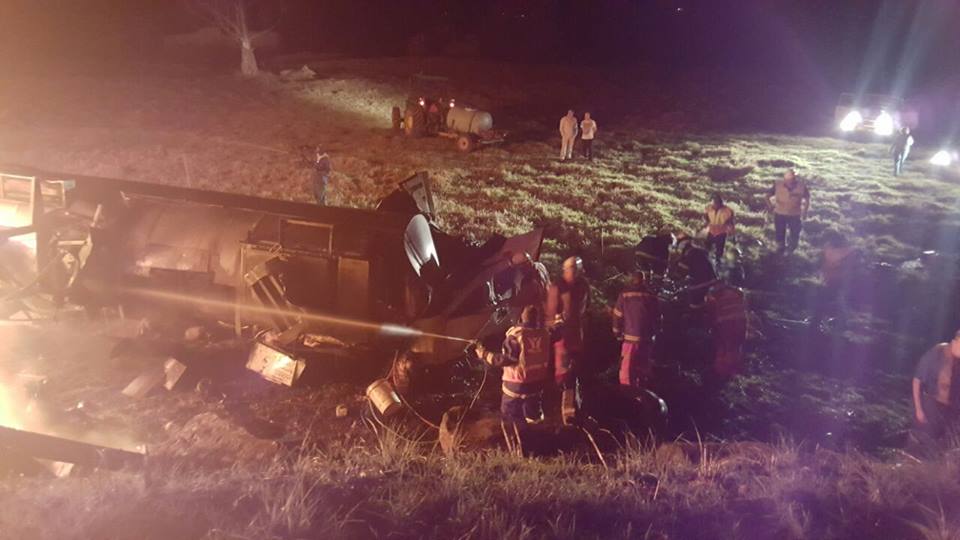 A man is in a critical condition this evening after his truck rolled off the N3 Lions River in Howick, KwaZulu-Natal, and burst into flames.

ER24 paramedics, along with Fire services, arrived on the scene and found the heavy truck lying on its side on the side of the road. The load of cooking oil that the truck had been carrying was spread across the scene and now well alight. 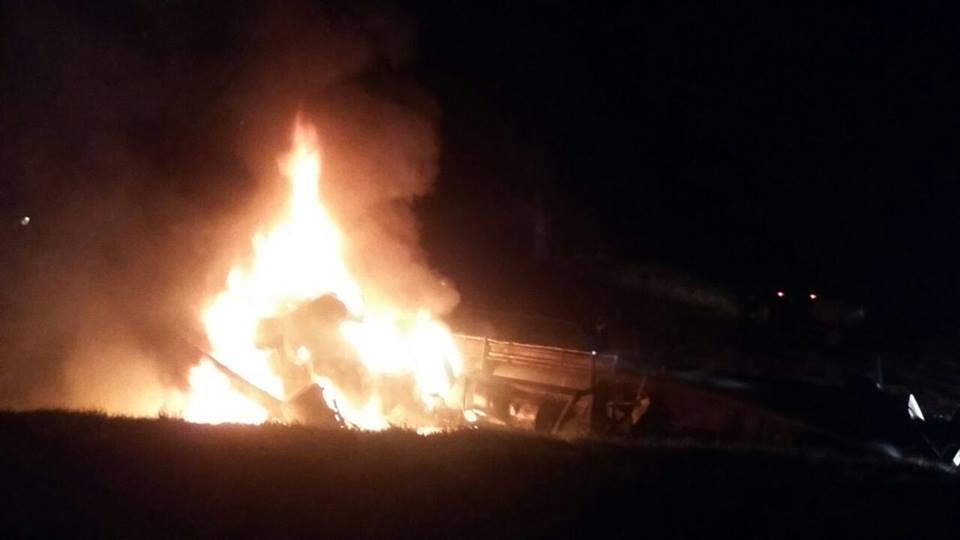 Fire services began to battle the blaze, which had now spread to the body of the truck.

Rescue paramedics rushed to extricate the trapped driver, who was found to be in a critical condition. 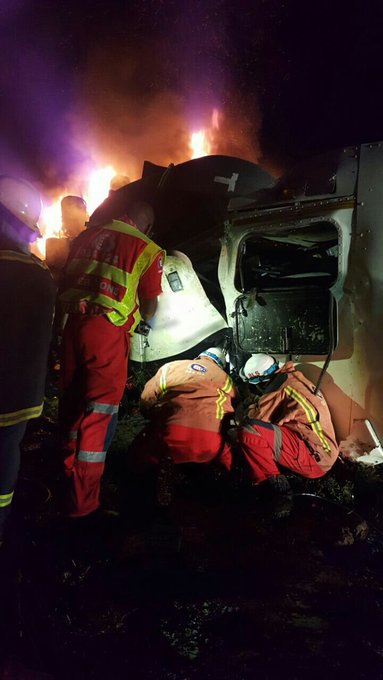 Once freed, paramedics treated the patient and provided him with advanced life support interventions. The patient was later transported to Edenvale Hospital for urgent treatment.