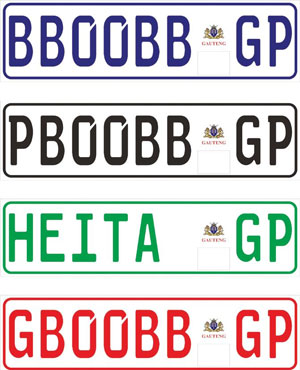 New national number plates were first officially mentioned in a Department of Transport Notice on 28 January 2015.

The draft regulation amendments were opened to public comment at the time of their publication.

Reporting on the 2016 TruckX conference, Arrive Alive stated the new number plates are due in 2017 and that the plates must be renewed every five years.

What number plates nationwide are going to look like from next year... Renewable every 5 years... pic.twitter.com/JjYCT3Njie

The new number plates will be an embossed aluminium plate, with the background printed under a coat of a retro-reflective surface.

The plates will contain:

The different categories of plates as depicted in the draft regulations are shown below: 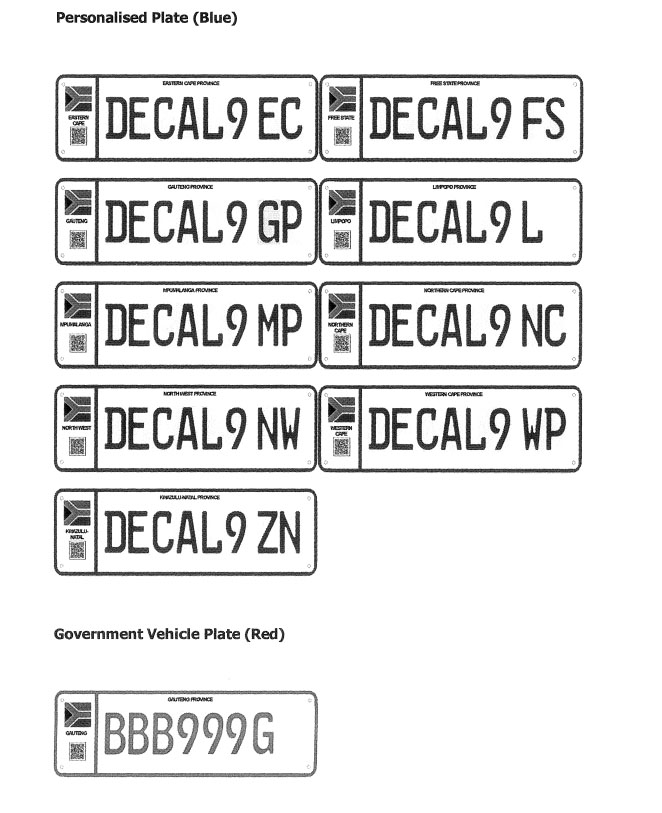 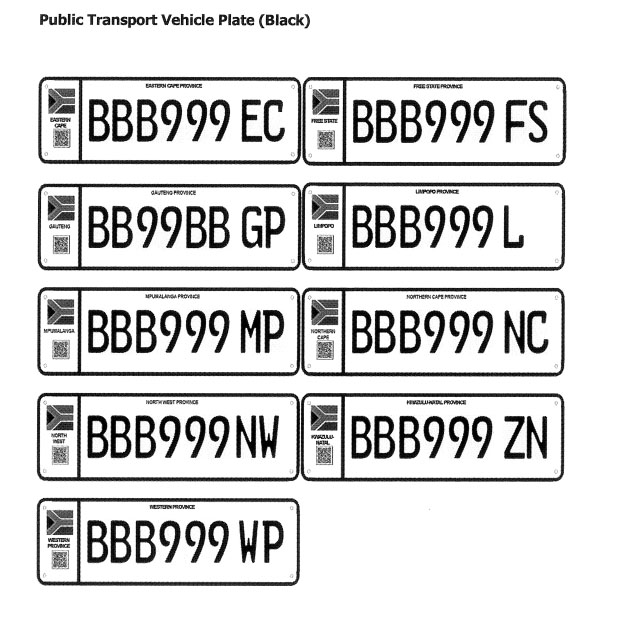 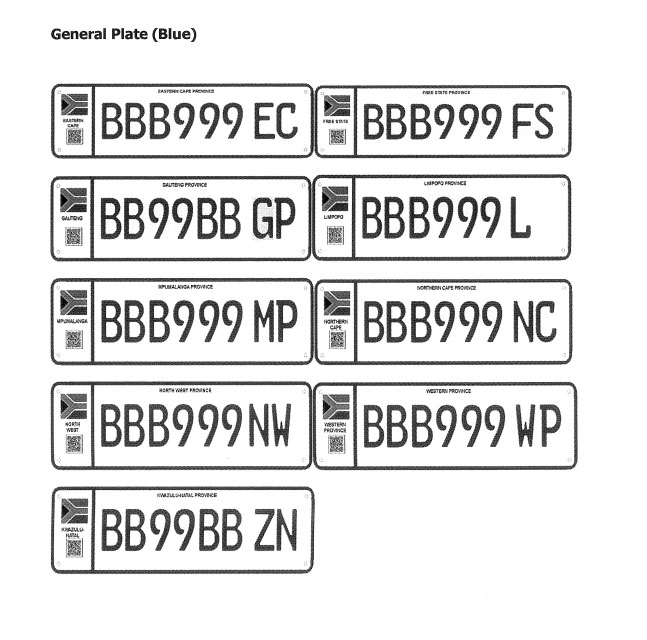 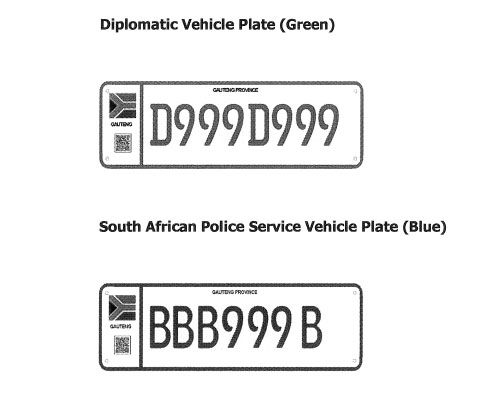