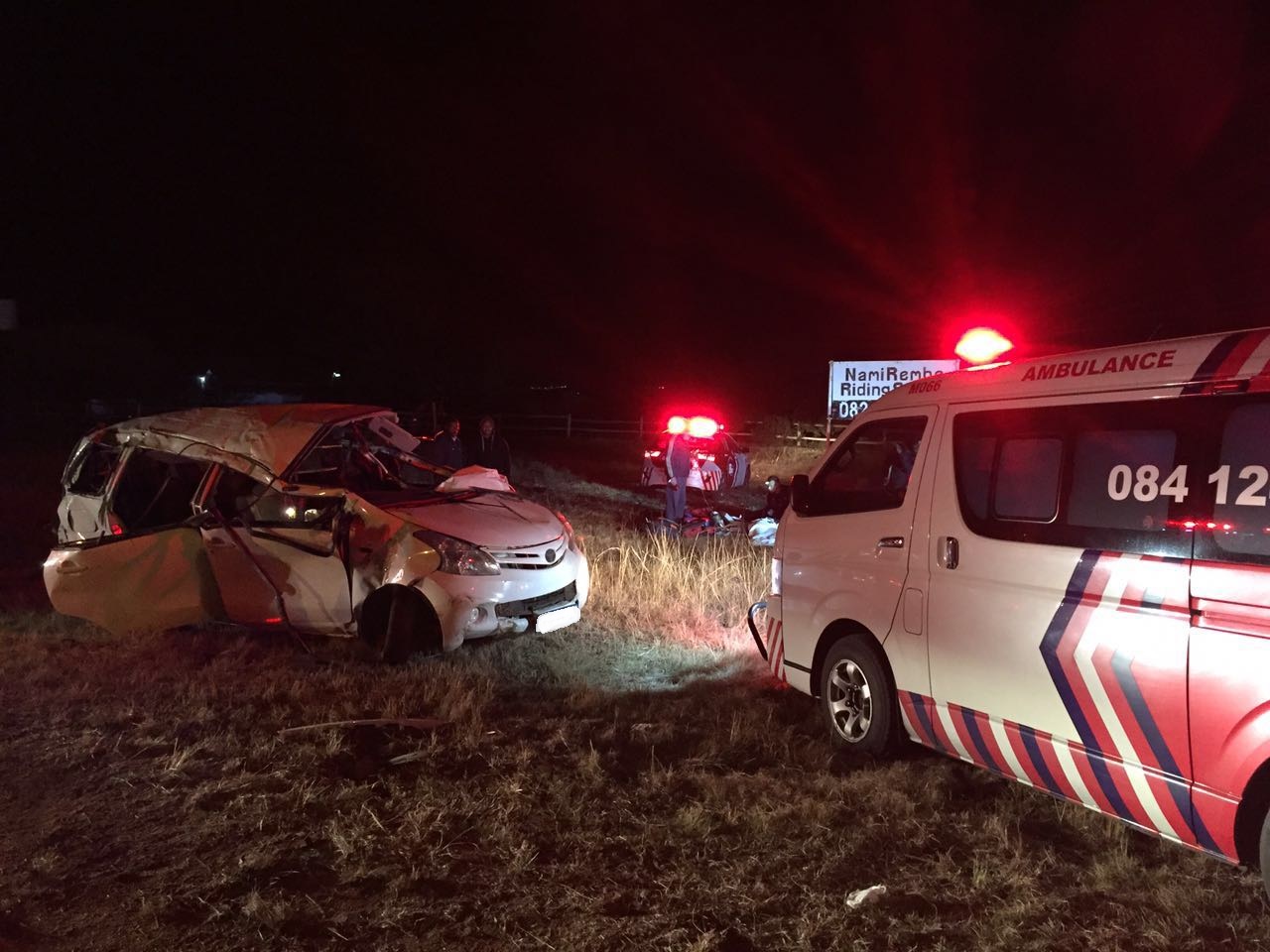 One woman was killed and four others critically injured early this morning after a light motor vehicle rolled off the R114 between Beyers Naude and Malibongwe in Muldersdrift.

ER24 paramedics arrived on the scene and found the light motor vehicle lying upright some distance off the main road. The bodies of two men and two woman were found lying outside a short distance away from the vehicle, while the fifth was found inside the vehicle.

On assessment, paramedics found that one woman, lying outside the vehicle, had sustained numerous, fatal injuries. Unfortunately, nothing could be done for the patient and she was declared dead. 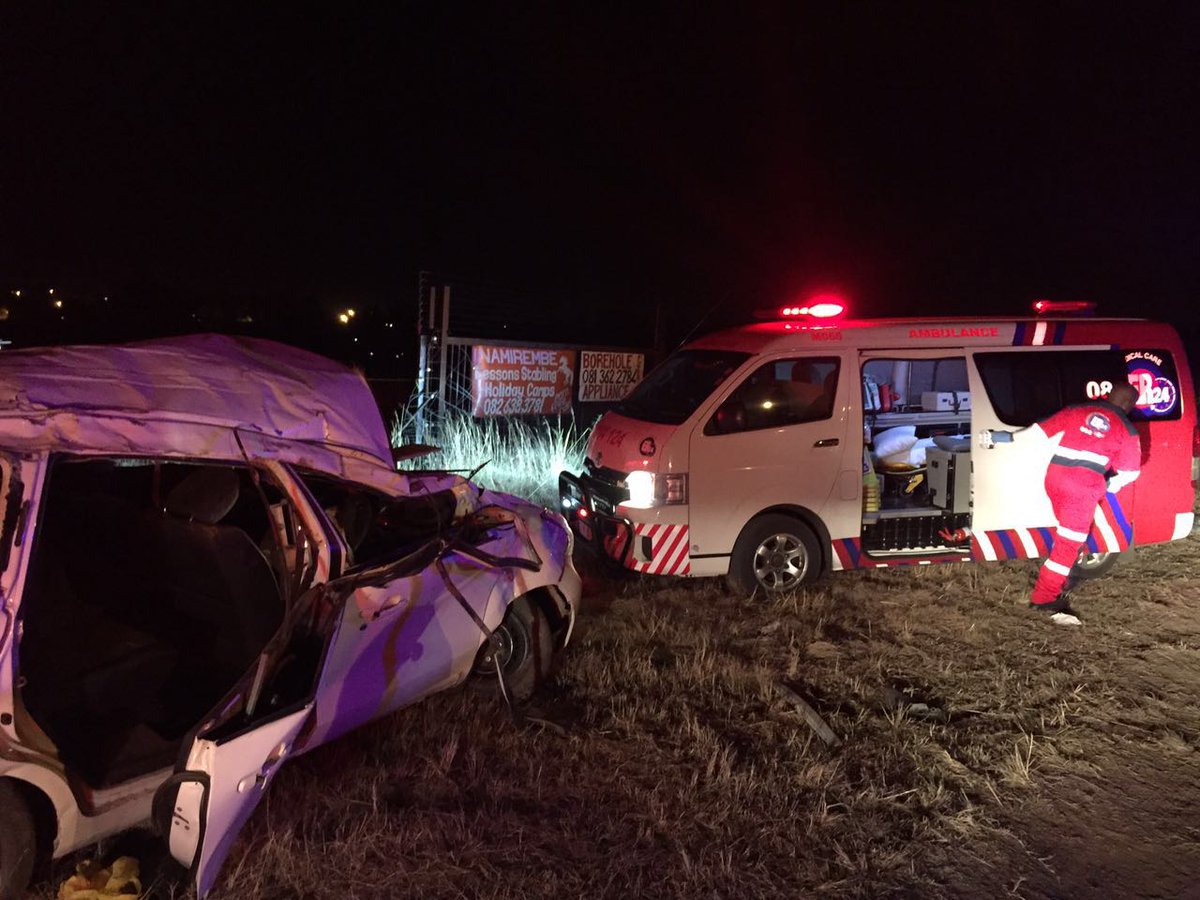 The our other patients were assessed and found to be in a critical condition.

Paramedics began their treatment and initiated advanced life support interventions before the patients were transported to Laratong Provincial Hospital for further treatment.

It is understood that the driver lost control of the vehicle, causing it to roll multiple times.