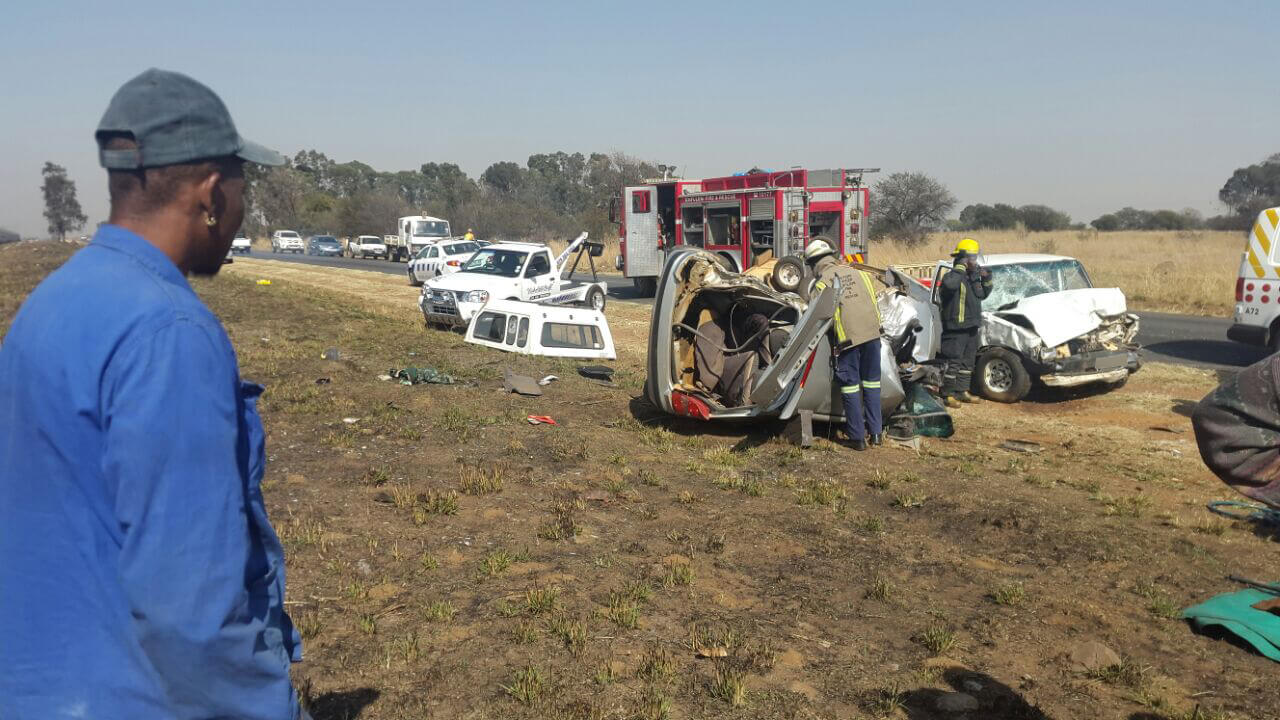 A 29-year-old woman was killed this morning and two others left seriously injured after a bakkie and light motor vehicle collided head-on on the R553 in Vanderbijlpark.

ER24 paramedics, along with other services, arrived on the scene and found the two wrecked vehicles on the side of the road. The light motor vehicle was found lying on its side.

On closer inspection, paramedics found the body of a 29-year-old woman lying trapped in the overturned vehicle. Unfortunately, the woman had already succumbed to her multiple fatal injuries. Nothing more could be done for the patient and she was declared dead on the scene.

The occupants from the bakkie, a 27-year-old woman and 48-year-old man, were found seated next to their vehicle. Both patients had sustained numerous injuries, leaving them in a serious condition.

ER24 paramedics treated both patients and provided them with advanced life support interventions. Once treated, both patients were transported to Sebokeng Hospital for further treatment.

It is understood that the driver lost control of the light motor vehicle, causing it to collide with the bakkie.