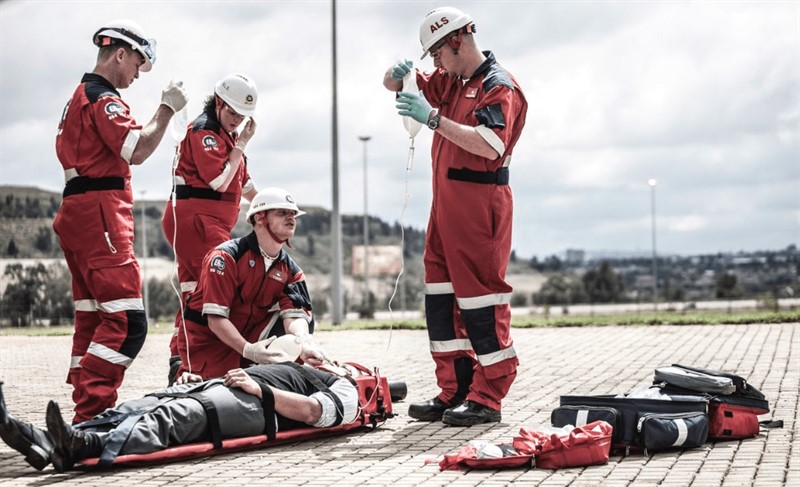 MAN CRITICAL AFTER FALLING FROM HEIGHT IN SEA POINT

MAN CRITICAL AFTER FALLING FROM HEIGHT IN SEA POINT

A man was left critically injured yesterday morning after he fell from roughly 5 metres while working at a construction site on Ocean View Drive in the Sea Point area of the Western Cape.

ER24 paramedics were on route to hospital when they were flagged down by a member of the public.

On scene, paramedics found the patient lying on his back surrounded by a number of his colleagues, busy providing him with first aid.

ER24 paramedics immediately took over and provided the patient with advanced life support interventions. Once stable, the patient was transported by another ER24 ambulance to Christiaan Barnard Hospital for further treatment.

It is understood that the man had lost his footing, causing him to lose his balance and fall.