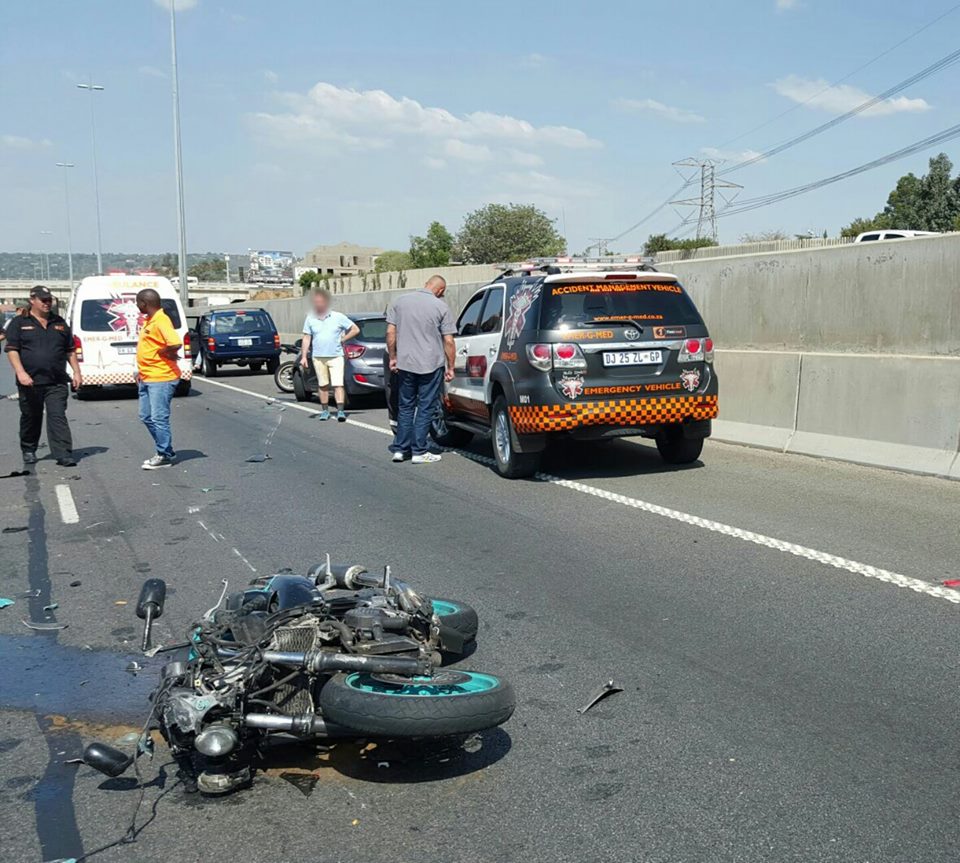 EMER-G-MED's RV1, RV3, RV6, M01, M07 and A01 are on the scene of a serious multi-vehicle collision on the N1 North before the Rivonia Road exit, in Sunninghill - north of Johannesburg.

It's believed that while driving on the highway a motorist's Lotto ticket flew out an open window. The driver, whose wife and three-year-old child were in the car, parked on the side of the highway and ran across the highway to retrieve the lost ticket.

While crossing the highway the pedestrian was hit by a Jeep which resulted in a multi-vehicle pile-up, involving two motorbikes and five cars.

Both bikers sustained moderate injuries and were treated on the scene before being transported to a nearby hospital for further care.

Unfortunately the pedestrian sustained fatal injuries and was declared dead on the scene. JMPD's specialist Accident Investigation Unit have been called to the scene. 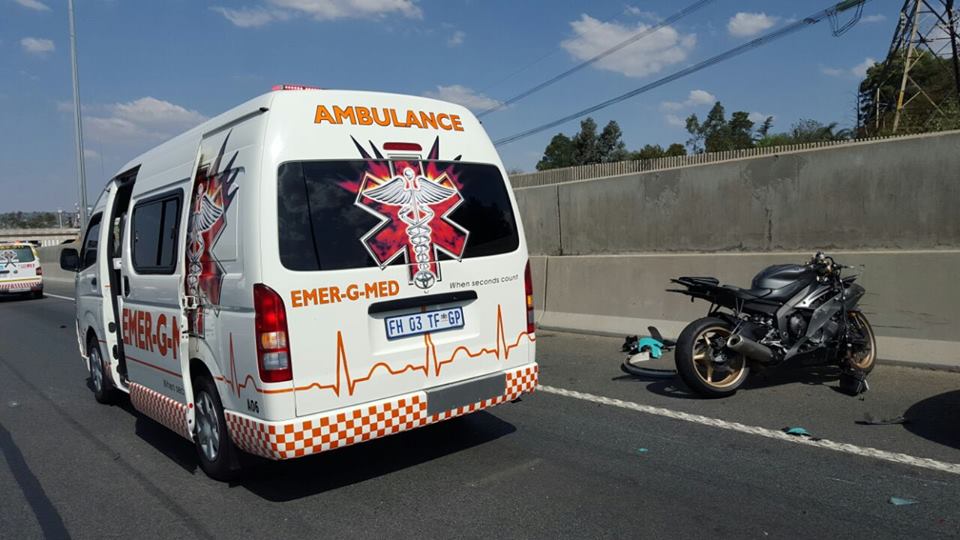 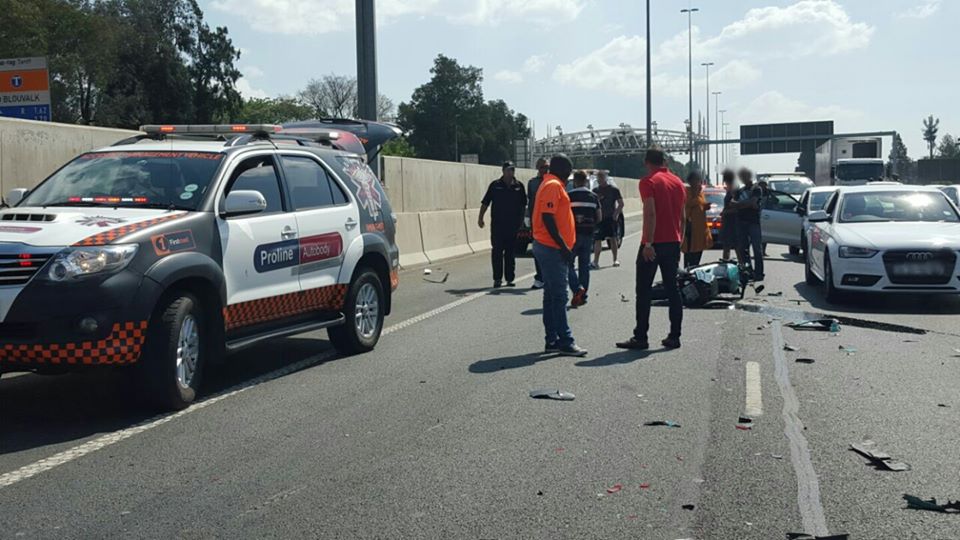 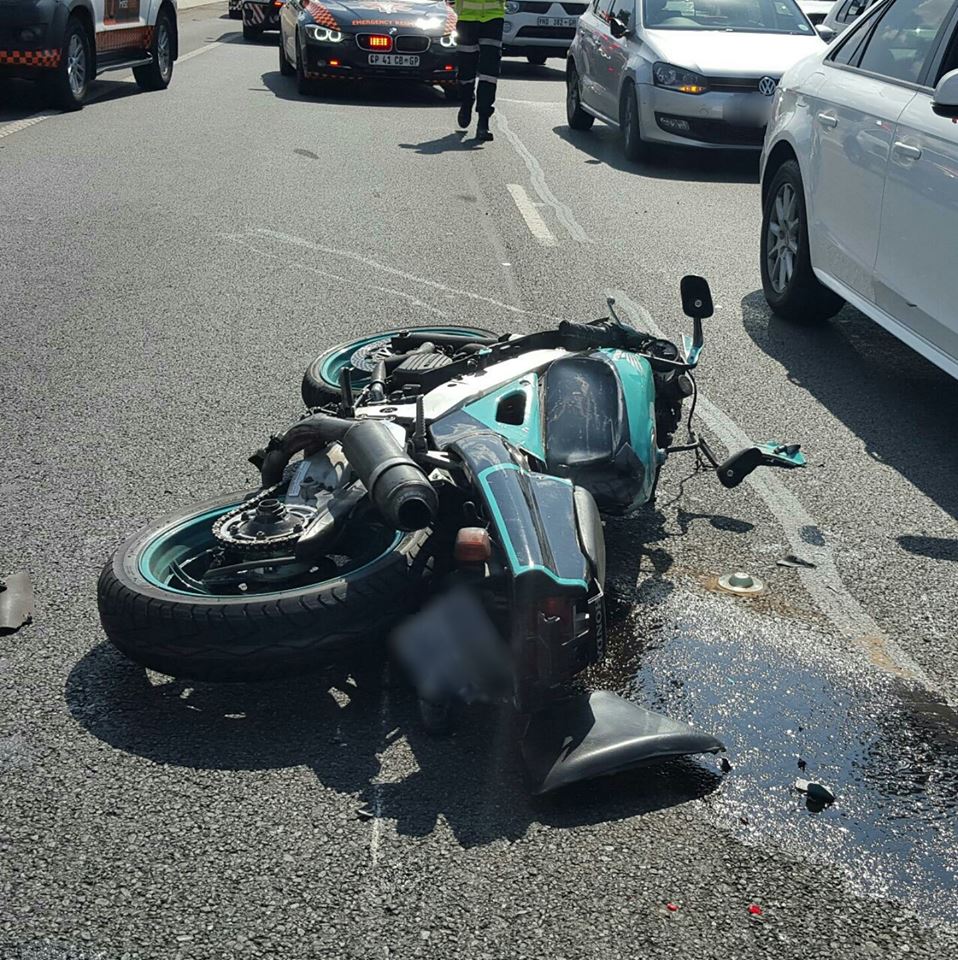 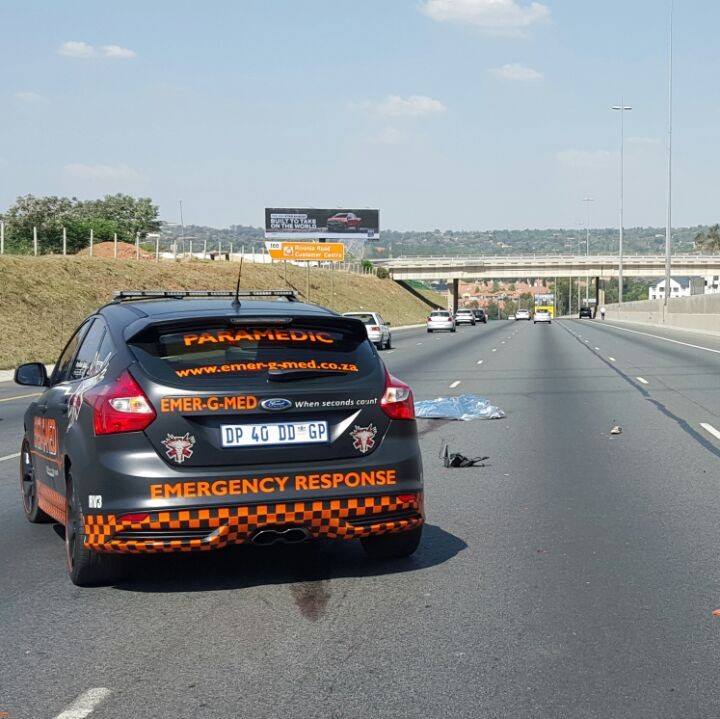