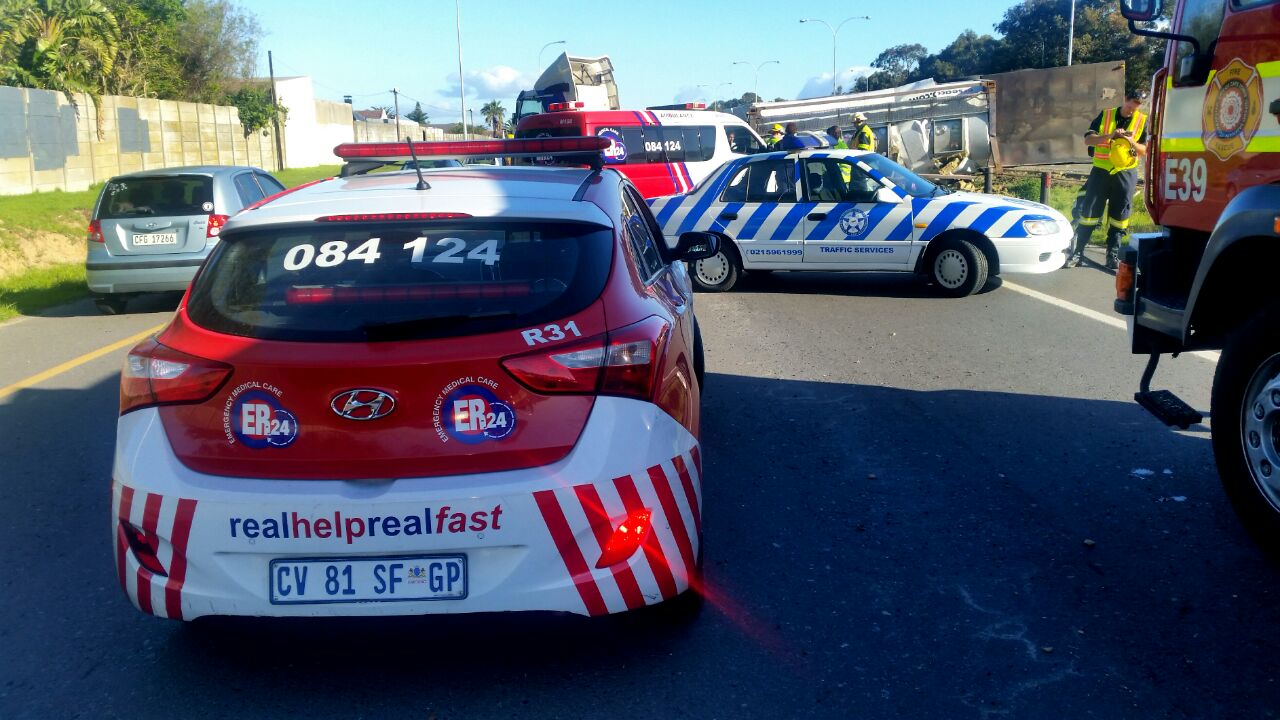 A man in his 30s was injured on Friday afternoon after he was knocked over by a taxi on Main Road in the Van Der Stel area of Somerset West, Western Cape.

ER24 paramedics arrived on the scene and found the patient lying in the middle of the lane while the taxi was parked a few metres away.

On assessment, paramedics found that the patient had sustained only moderate injuries.

The driver of the taxi was assessed and found to have escaped injury.

Paramedics treated the pedestrian and thereafter transported him to Heidelberg Provincial Hospital for further treatment.