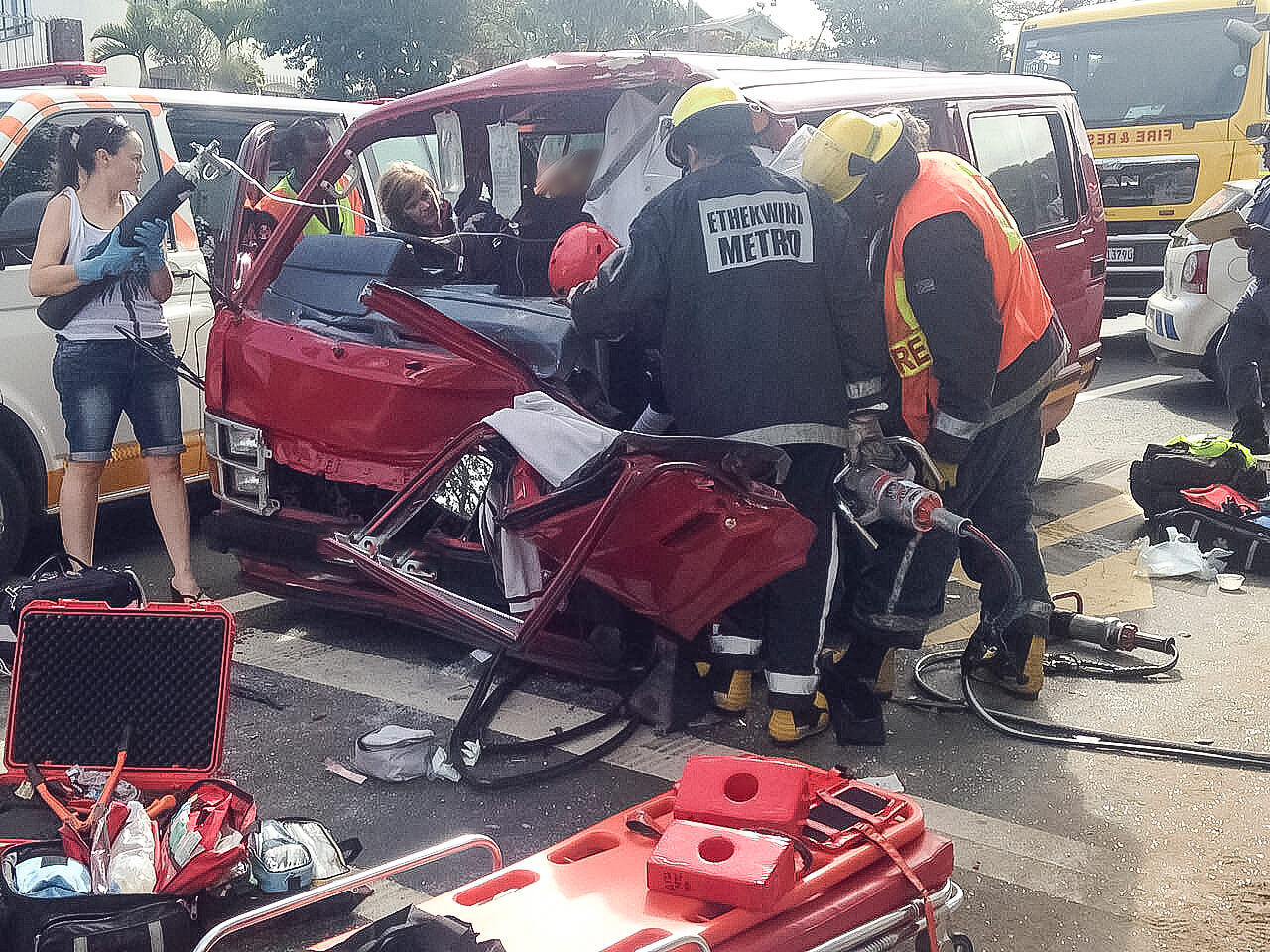 At 12h29 on Sunday afternoon Netcare 911 paramedics responded to a collision at the intersection of Umhlanga Rocks and Ashley Drive.

Reports from the scene indicate that the two taxis collided in the intersection, exact detail to the cause however will remain a subject for police comment.

Paramedics arrived at the scene and found the intersection littered with accident debris and the twisted frames of the vehicles.

While firefighters used the Jaws of Life to free the injured, medics clambered into the vehicle to stabilise the seriously injured passenger.

Medics treated all the injured at the scene before they transported them to various hospital for the care that they required.