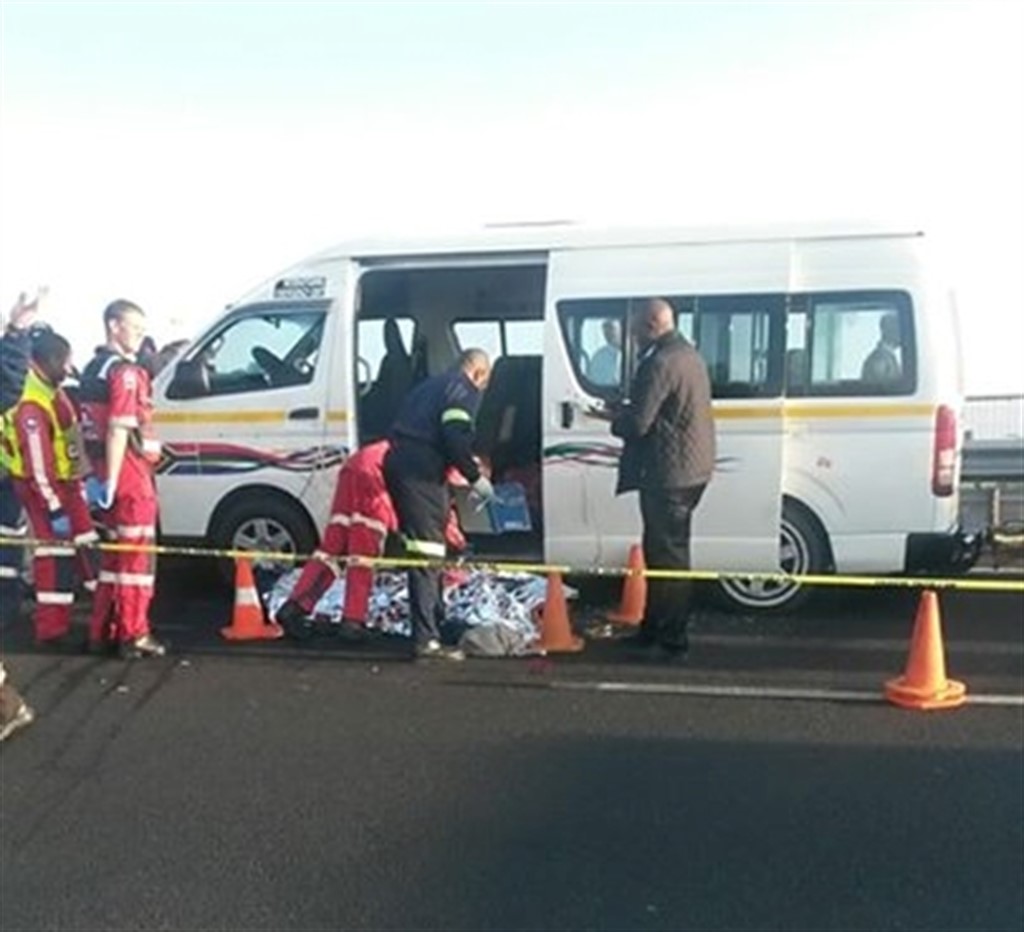 At least one person has been declared dead and four others are in a critical condition following a shootout on the N12 West before Daveyton.

ER24 paramedics and other services are on scene. It appears the people were travelling in a taxi when suspect/s opened fire.

Upon arrival paramedics found what appeared to be several bullet holes in the taxi. Paramedics started assessing patients and found that a female had sadly succumbed to her injuries.

They are currently assessing and treating other patients on scene.

Authorities are on scene.