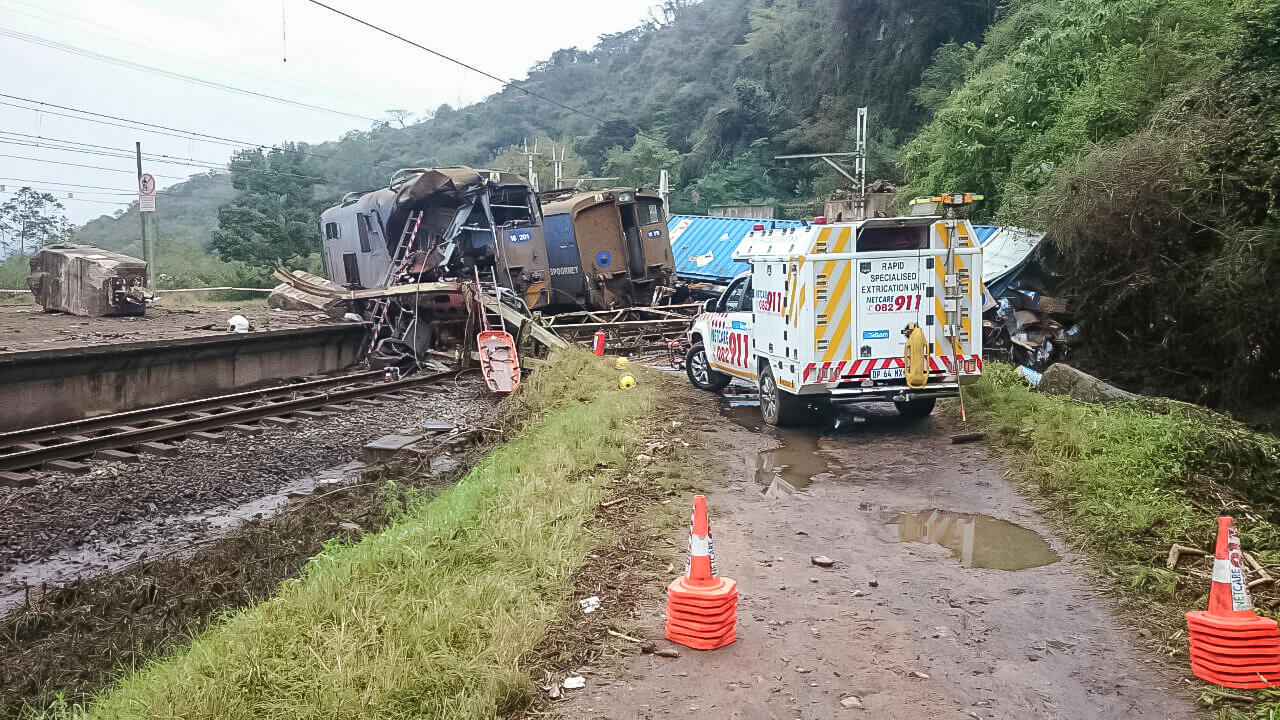 
This morning Netcare 911 paramedics and the Durban Fire department were called to a train derailment at the Delvillewood Train Station in the hillcrest area of KZN.

Reports from the scene indicate that a landslide cause by the heavy rain last night caused the train to derail.

The Netcare 911 rescue unit and the firemen had to travel down a gravel road down the side of a mountain and cut fallen trees and pull them off the road to gain access to the wreckage of the train.

When they arrived they found that a man and a woman tragically died in the crash and was still trapped in the train wreckage.

The rescue officer and the firemen used the Jaws of Life to cut the people free from the twisted metal.

The two bodies were removed from the train and then handed over to the police on the scene. 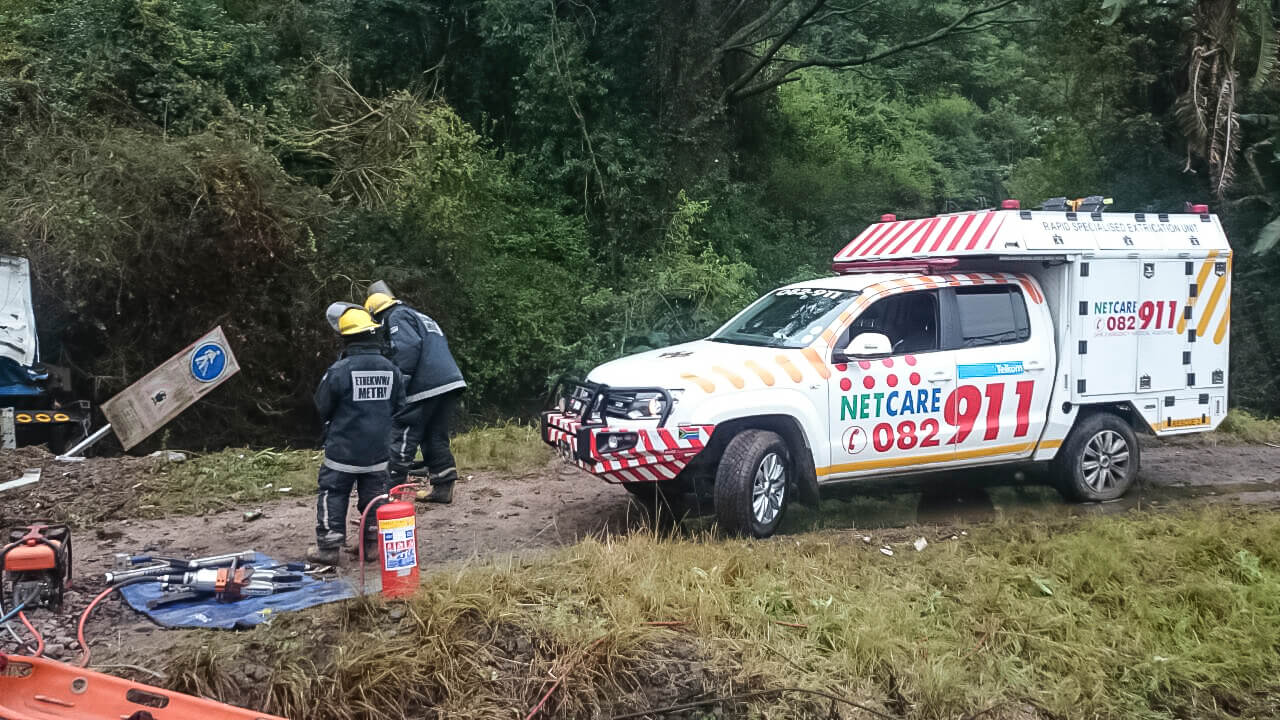