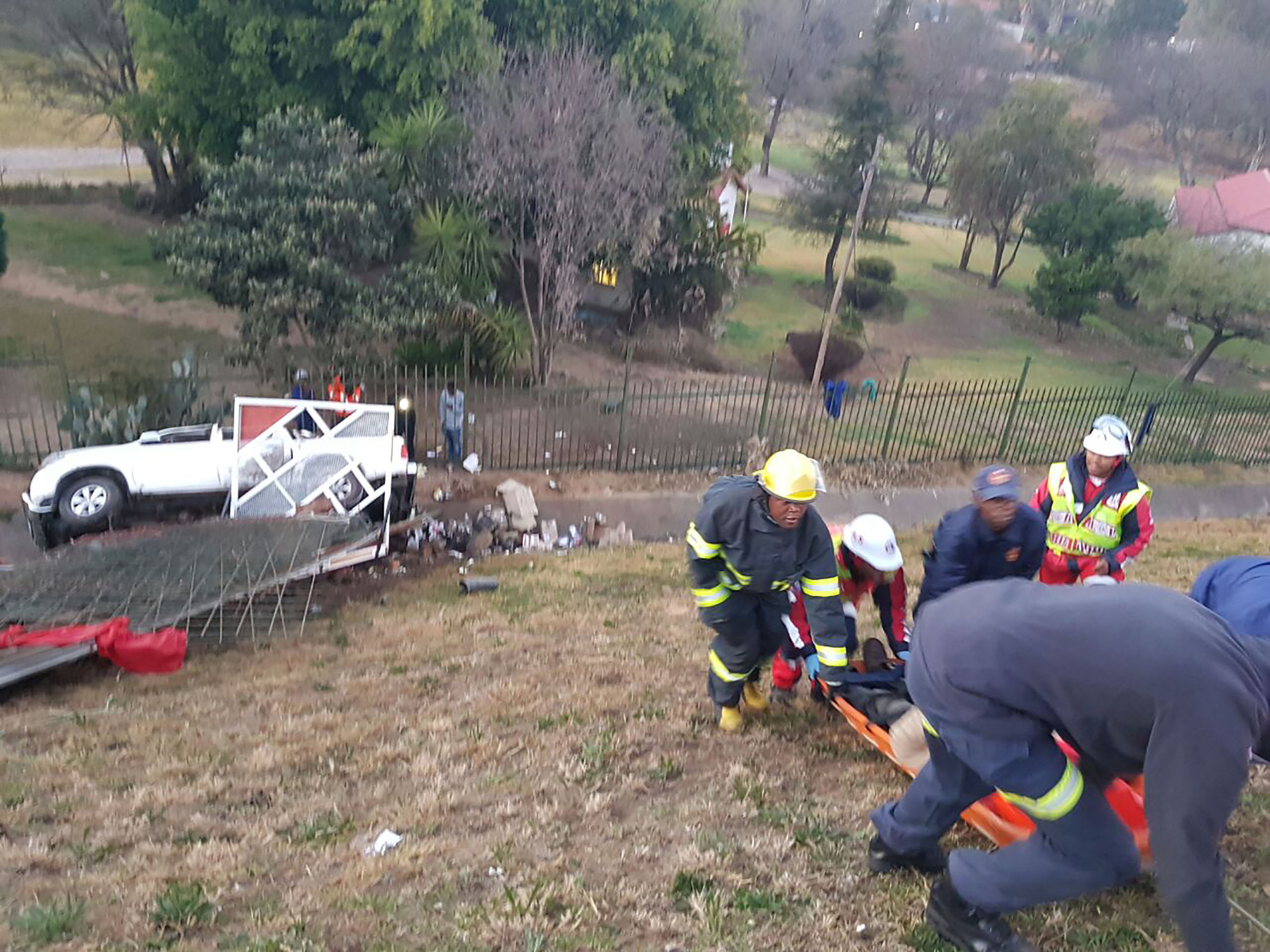 Two people were injured this morning when a light duty vehicle and a bakkie collided with each other on the N1 south after William Nicol. One of the vehicles crashed down the embankment next to the highway. 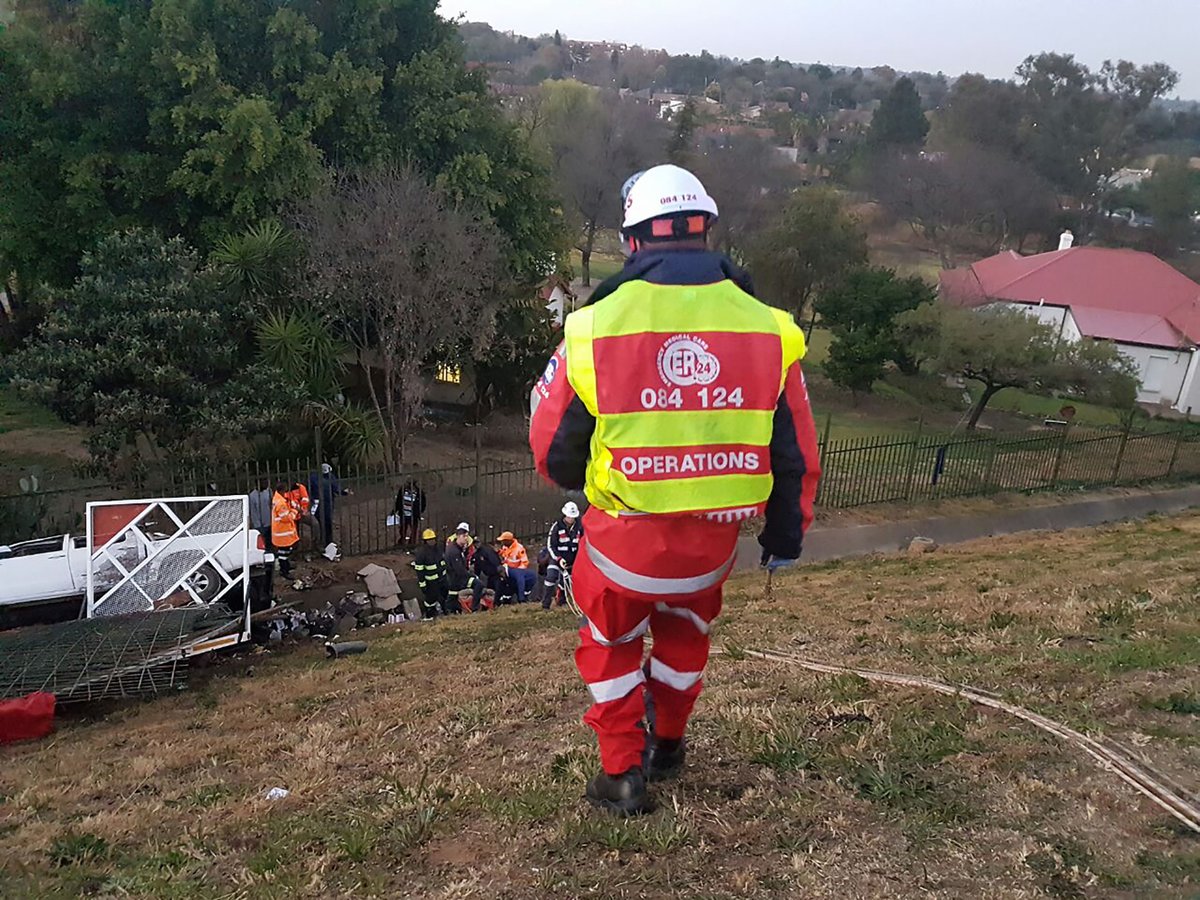 At 5.30am paramedics from ER24 arrived on the scene where they found a light duty vehicle lying on its side in the road. A bakkie with a trailer was found several meters down the embankment.

Paramedics made their way down the embankment where they found the driver of the vehicle sitting next to it. He sustained moderate injuries.

The City of Johannesburg EMS assisted paramedics with ropes and rescue equipment to hoist the injured man up the embankment. He was later transported to a nearby hospital for further care.

Another man was found near the light duty vehicle with moderate injuries. He was also treated on the scene and transported to a nearby hospital.

The exact cause of the collision is not yet known. Traffic was severely affected in both directions.